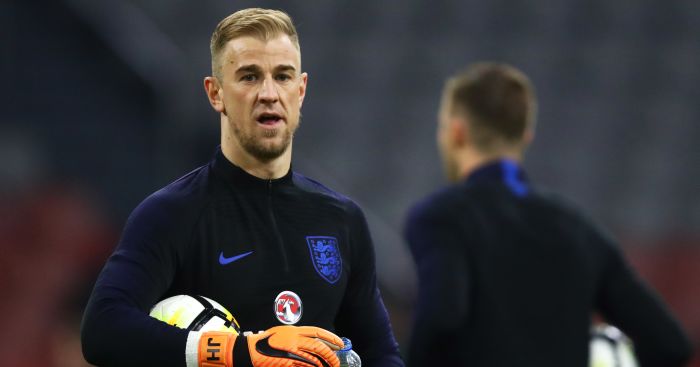 Gareth Southgate insists it is “not the end” for Joe Hart with England but that the form of other goalkeepers left no place for him in the World Cup squad.

Hart was the odd man out on Wednesday as Jordan Pickford, Jack Butland and Nick Pope earned selection for this summer’s trip to Russia.

And Southgate said on Thursday: “Of course it was a difficult call. He played in most of our qualifying matches, he’s been a big part of the England team the last few years and he’s a valued member of the squad.

“But in the end I’ve got to look at performances over the last 18 months with their clubs and the three lads we picked were the three best goalkeepers in the league this year.”

Asked about Hart’s future prospects, he added: “I pick players on form and if he’s playing well for his club, why wouldn’t we select him?

“There’s no reason for this to be the end. He has an important career decision this summer and I hope he can be back at his very best.”

Butland, Pickford and the uncapped Pope have won just nine caps between them but Southgate has no concerns.

“They are the best three English goalkeepers we have in the league,” said Southgate. “We are not picking young players because they are young and we are trying to buy ourselves time.

“We believe they are the best in their positions for the way we want to play. With the goalkeepers they have been the best three.

“OK, maybe it’s brave to take players without a number of caps, but we have to give these guys belief.

“We’re picking them not because they’re young, but because they are the best in their positions. We know they’re not the finished article.

“That’s where we are at the moment. As a country we pick from 33 per cent of the (Premier League). It is quite a unique situation.”