Home F365 Says This England revolution will barely be televised… 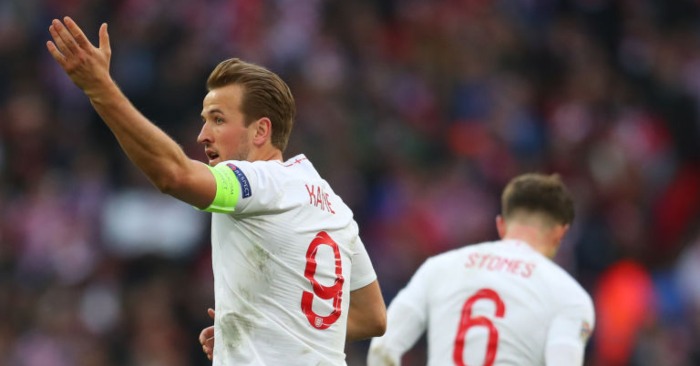 In July of last year, over 26 million people watched – largely in anguish, though this is a multi-cultural land so some will have been apathetic and still others would have been downright amused – England lost to Croatia in the semi-finals of the World Cup. On Thursday night, this exciting England side will play another semi-final and around 5% of that number might be watching. And that estimate is probably on the optimistic side. Should England triumph in that game and then again in Sunday’s Nations League final, the greatest enemy of recognition for this achievement will be the absence of an audience. Dancing like nobody is watching is one thing; playing football in the same vacuum is quite another.

If an England team triumphs in a forest and no-one is around to hear it, does it make a sound? Does a tournament that takes place solely on Sky Sports feel like a tournament at all? In truth, this latest international chapter feels merely like a set of back-to-back qualifiers, and that’s absolutely not the fault of Gareth Southgate or his players – who have been banging the ‘this is a trophy’ drum as hard as they can and indeed should – but almost entirely because it is on Sky Sports and not terrestrial television.

The truth is that more people are likely to watch the England women’s team in their World Cup group game on Sunday afternoon than the England men’s team in a potential Nations League final on Sunday evening. And that’s not entirely an encouraging sign of progress; it’s largely because the potential audience for terrestrial games dwarfs that of pay TV. My misogynistic father will watch the women in his front room on Sunday afternoon; he will not take himself out of the house to watch the men in his local club on Sunday night. He will not value a Nations League victory and nor will many other casual football fans.

BT have been trumpeting this week that Liverpool’s Champions League final victory over Tottenham attracted the biggest pay TV audience in ten years at over four million. That’s four million British-based people watching an all-British Champions League final. For context, over five million watched Newport beat Leicester in the FA Cup in January. That’s not to say that Liverpool’s triumph has been denigrated by its absence from terrestrial TV – or that Newport’s achievement had a deeper impact – but international football is a different beast. In 2019, nobody really cares about England until they are a) utterly terrible or b) in a major tournament.

And we should care because this is an exciting England squad, the vast majority of which will be at Euro 2020 next season. No outfield player is over the age of 30, over half the squad has won a major trophy or reached a major final this season, and in Raheem Sterling and Harry Kane we have genuinely world-class forwards. In Jadon Sancho we potentially have another. This is a team to get giddy about, a team to actually like and celebrate.

And we should care because this is an exciting new competition – for which we have qualified in the most taxing and democratic of manners – played against similarly young and forward-thinking teams. That Portugal are the only one of the four teams to ‘boast’ outfield players over the age of 30 is a clear indicator that at least three of these four teams could join France as the European superpowers of the next decade. It’s a good gang to join and it’s an even greater gang to lead.

Journalists are still writing guides explaining the entire point of the Nations League when really, all we should be saying is that England are playing three other leading European nations and have a chance of lifting an actual trophy. It’s not Le Tournoi, it’s not the Community Shield or the Club World Cup; it means more than that. It’s just a shame that a tournament which should have mass appeal will be watched by a small minority.