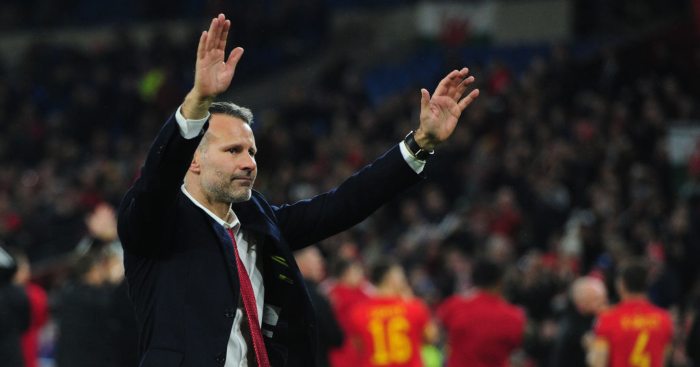 Wales made the semi-finals at Euro 2016 – their first major tournament for 58 years – but followed that up by failing to qualify for the 2018 World Cup in Russia.

Giggs succeeded Chris Coleman after that failed campaign and has fast-tracked young talent into the senior squad to complement established players such as Ramsey, skipper Gareth Bale, Joe Allen and Ben Davies.

“This is just the beginning,” Giggs said.

“We have seen a lot of young players over the last 18 months, and they can get better – they can definitely get better.

“It probably hasn’t sunk in yet. The players can get better with the help of the more experienced lads who aren’t over the hill by any stretch of the imagination.”

Giggs was an unpopular choice to succeed Coleman among many Wales supporters given his international record as a player.

The former Manchester United winger is one of the greatest players ever to represent Wales, but his poor attendance record for international duty turned many fans against him.

The 45-year-old was also heavily criticised over tactics and selection during summer defeats to Croatia and Hungary which left Wales’s qualification hopes in the balance.

Asked if he had won over sceptics, Giggs said: “I hope so. I’m struggling if it hasn’t!

“It is one of the greatest nights of my life. Simple as that.

“I achieved a lot as a player, but it’s different as a manager, the pressure you are under and you are helpless as a manager.

“I was never nervous as a player, but as a manager you are.

“Come game day, it is out of your hands.”

Giggs paid tribute to Ramsey, who scored his first Wales goals since September last year – a first-half header followed by a calm close-range finish early in the second period.

“We have missed him,” Giggs added. “We have some very good players, but they don’t grow on trees – players who make the difference.

“I asked the players who have been there and done it to climb that mountain again. A lot is made of the younger players, but you can’t do it without the older players too.

“Wayne (Hennessey’s) double save, Gareth (Bale) putting his body on the line, and it’s not easy leaving out Ash (Ashley Williams) who is perhaps the greatest captain Wales have ever had.

“I set out to quality for a major championship, but more than that, to leave Welsh football in a better state than when I took over.”