Home Arsenal ‘This is who I am, I can’t change’ claims Xhaka after latest red card 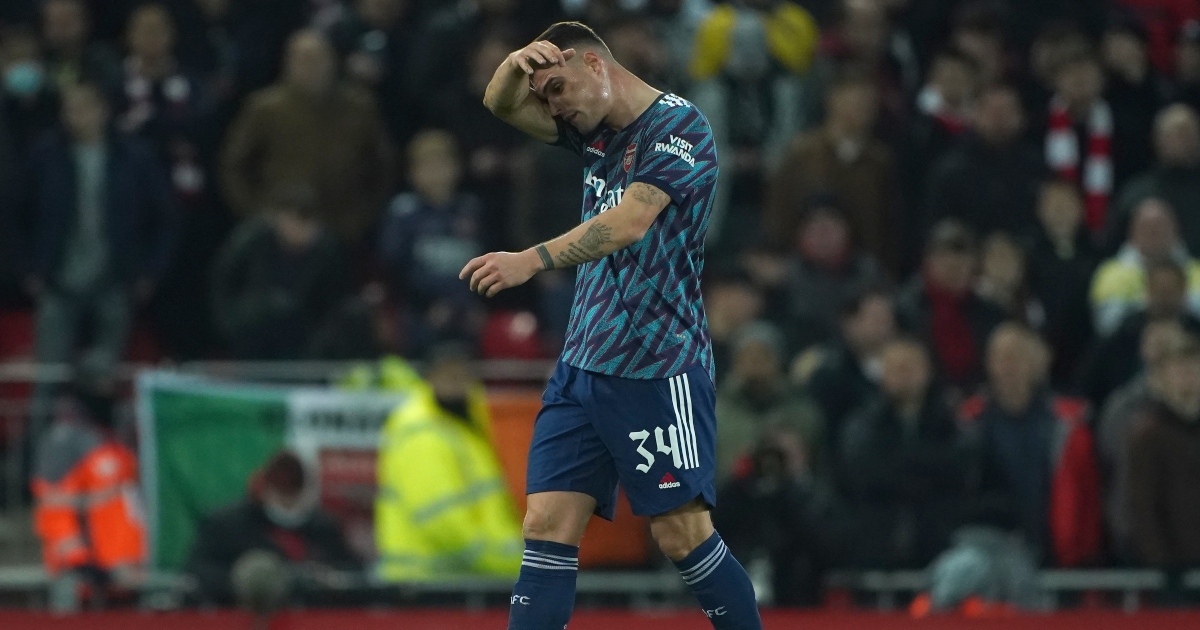 Arsenal midfielder Granit Xhaka has claimed he can’t change who he is in an interview following his latest red card.

The Swiss international was sent off for a high, clumsy challenge on Liverpool forward Diogo Jota when the two sides met in the first-leg of the Carabao Cup semi-final.

The Gunners managed to hold Jurgen Klopp’s side to a draw without Xhaka but fell to defeat in the second-leg, thanks to a brace from Jota.

Now, speaking to Sky Sports, Xhaka has claimed that is who he is.

“But in this moment, if Jota takes the ball and he scores, they will say again, ‘Why didn’t you stop him?’ Now, I stop him, they say, ‘Why do you get the red card?’

😬 All five of Granit Xhaka’s dismissals for Arsenal have been instant red card offences pic.twitter.com/jbo7OSJz1A

“In the end, after the game, everyone is smarter than in the moment – myself as well. Of course, when I see it back now and say, ‘Do I need to go into the duel or not?’ No.

Xhaka also criticised the refereeing and VAR decisions in the Gunners’ clash with Manchester City earlier this month.

“If you if you look in slow motion, every duel, every foul looks too much,” said Xhaka. “[Against Manchester City], he [referee Stuart Attwell] had decided already it wasn’t a penalty.

“I hope that in the future the referees can make their own decisions. Don’t let the people from outside look in slow motion and stuff like this because I believe in a slow motion, everything looks harder than it is.

“In the end, they are human beings as well. They make mistakes as well. This is part of the job. Everyone makes mistakes. We have to accept decisions and look forward.”