Home All The News Pochettino chuffed after ‘very good week’ 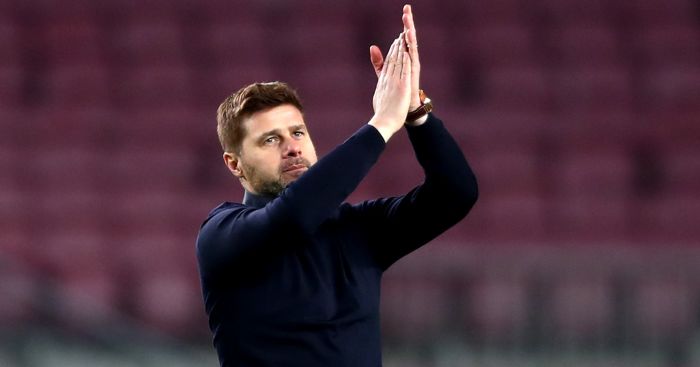 Tottenham manager Mauricio Pochettino sees the club coming together after what he branded ‘a very good week’ for Spurs.

Despite dominating the match against Burnley, Christian Eriksen was required to save Spurs’ blushes as he netted a 91st-minute winner at Wembley.

Pochettino isn’t concerned however, and believes the win showed real character within his team.

Speaking to Match of the Day, he said: “It is a very good week for us, a fantastic win for us today, it is so important to be focused and try to keep our energy.

“After the Barcelona game and qualifying for the next stage of the Champions League it is difficult to find the way to perform like this.

“Today I congratulate my players’ effort and the 50,000 fans. It was a late victory but so important for us.

“The character to always push to the end shows great belief and faith in the way we play. That pleases me the most.

“You can win or lose but to try and play the way we are playing it is always possible to achieve what you want.”

Pochettino highlighted a major tactical change from Burnley manager Sean Dyche, and heaped more praise on his players for rendering it completely useless.

“I think it was three centre backs for the first time under Sean Dyche, but we didn’t concede a shot on target,” he explained.

“We dominated possession, they put a lot of players behind the ball and play deep and wanted to stop us.

“On an afternoon like today with the rain and the pitch not in best condition, we were not fresh enough to find tempo with the ball so it is difficult to play and I think that is why I am so pleased.”

It was a proud moment 18-year-old midfielder Oliver Skipp who made his full debut, and he seems to have the boss’ seal of approval.

“I am happy because it is not easy to play every three days, many players are out,” said Pochettino.

“Oliver Skipp made his debut, it is fantastic because to keep going in difficult circumstances pleases me and the way we are competing this season pleases me.”