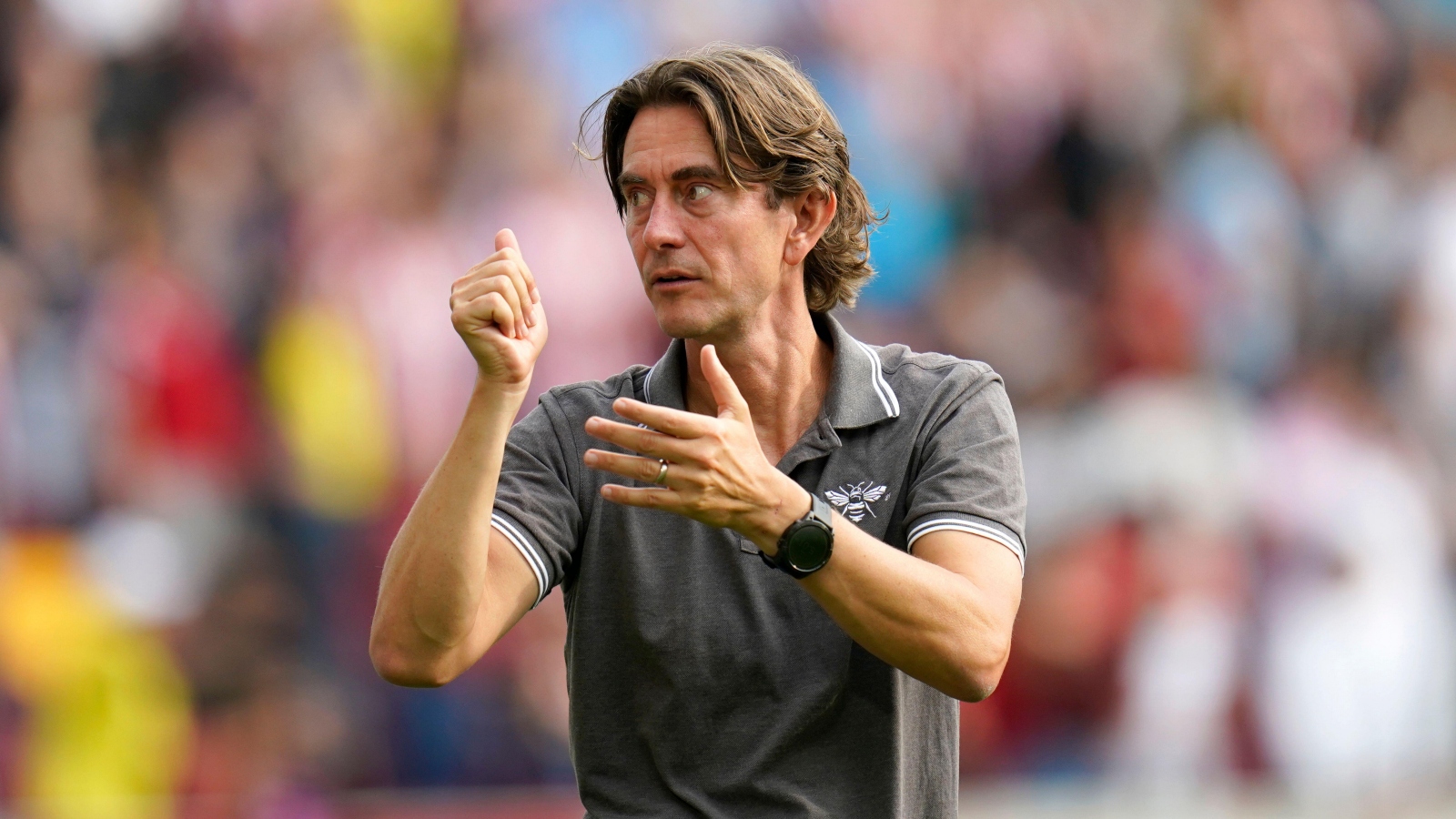 Thomas Frank had admitted that it’ll be “unbelievably difficult” for Brentford to keep Erling Haaland quiet when they face Man City this weekend.

The Bees have won just one of their last five Premier League games. Man City meanwhile are looking to extend their winning streak to four.

It is now Brentford’s turn to try to stop Haaland, but Frank knows that it will be difficult.

“Is it going to be difficult? It’ll be unbelievably difficult,” Frank told a press conference.

“They have an almost complete squad and added Haaland who will be destroying goal records in the coming years. A lot has been said about him – he is a machine. They are an unbelievably difficult side to close down, but I back us to do something.

“We have never, ever gone into a game believing that we’re not capable of winning. It’s most likely the biggest challenge and we’re looking forward to it.”

Pep Guardiola’s second-placed side are two points behind league leaders Arsenal, so they will need help from the Gunners’ Saturday opponents Wolves to move into the top spot.

Norway international Haaland is the Premier League’s top goal-scorer, his 18 in 12 outings good enough for a seven-goal advantage over Spurs’ Harry Kane in second. City also lead the top-flight with 39 goals so far this season, nine more than the Arsenal.

While Haaland has stolen the spotlight, that could not have been accomplished without the success of team-mate Kevin De Bruyne, who boasts a league-leading nine assists and three goals of his own.

Frank is paying close attention to those numbers.

He said: “(Haaland) is playing for a team that is giving him probably the best possibilities to score goals; they will provide him with good opportunities from crosses or slide passes.

“It will not be the first time that people have tried to keep De Bruyne quiet. He always seems to find a way.”