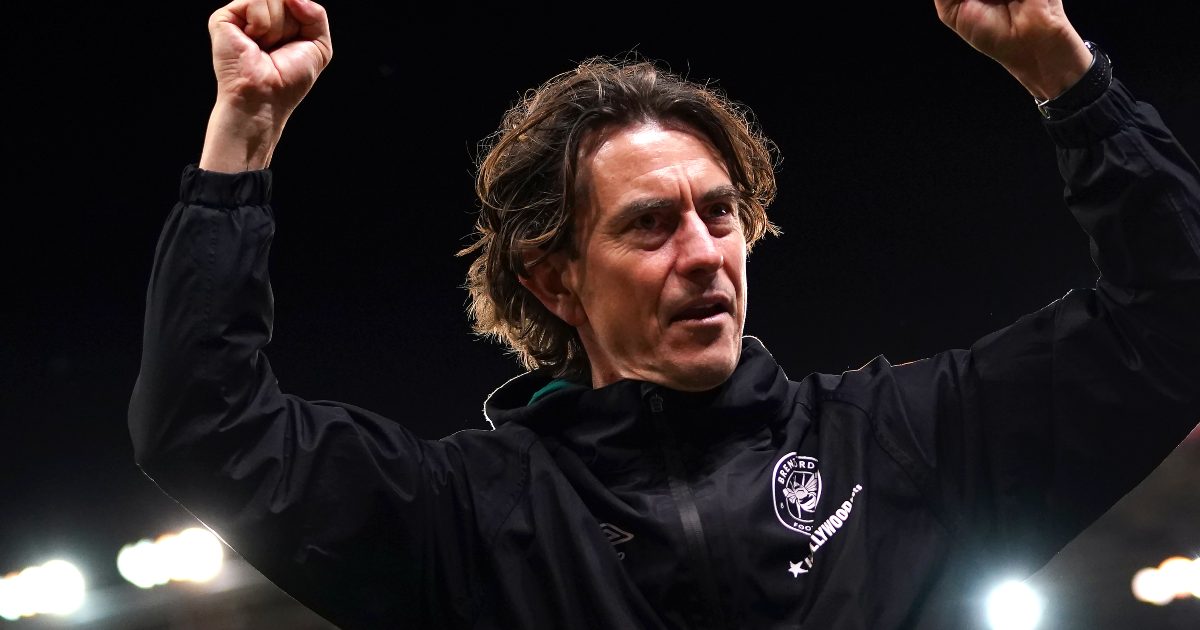 Brentford boss Thomas Frank is keen to stay “composed” as he is not planning to panic as a result of his side losing four straight games in the Premier League.

The Bees made a strong start to the 2021/22 campaign. They have been on a poor run of late though as four straight losses has dropped them to 14th.

Asked if there was any semblance of panic creeping in he said: “No. If I prefer to have four wins from the last four, then yes.

“It is not easy but I think it is so important to stay composed, calm and do the things you believe in day in, day out.

“It is important to keep all the noise out from the media, everyone else and inside my own head and trust in what you do.

“In terms of performances I think it has been really good, like seven or eight out of 10, and I’m very pleased with that.

“We had one very bad half against Burnley and another ‘not top’ half against West Ham. Aside from that it has been consistent performances.

“In terms of points, five or six out of 10. I think we should have had more from the performances we have done.

“You are never going to be saying ‘I think it is fantastic’ if it is not 33 points from 11 games so I want a bit more.”

Frank, who has been in charge since 2018 – having served as assistant manager under Smith for two years previously – said having the long-established support of the owner and the board meant he could continue without too much concern.

“Football is one of those businesses with the biggest ups and downs so there is a need to be resistant and have that resilience as a board who won’t take that decision if they believe in the manager,” he added.

“I think if the club believe in you and it’s the right fit in terms of personality, style of play, leadership, you are aligned in the strategy, then you know.”