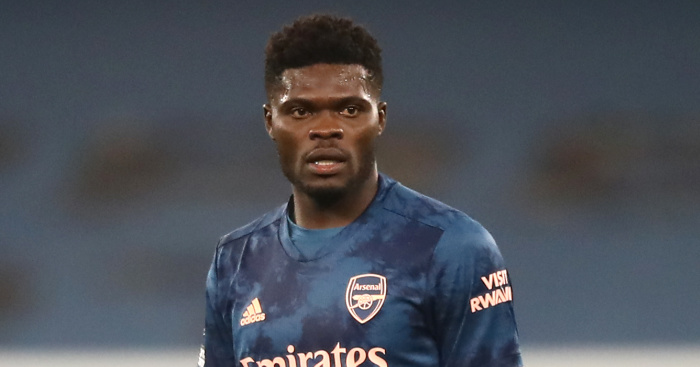 Job done, in the end, just about. Arsenal emerged from what was always on paper the toughest match of this group with a 2-1 win and three Europa League points, but not much more.

Like their North London neighbours’ needlessly traumatic progress through the first couple of qualifying rounds, the Gunners only tidied things up after first spectacularly sh*tting the bed. You only get minimal credit for cleaning up a bed you yourself have just shat.

But what did Arsenal take home from Vienna apart from three points and some boil-washed sheets? There was, you’d have to say, some good and some bad. It’s already clear that Europa League games with no, or as was the case here small, crowds are going to be tricky to get right up for. Arsenal were neither nowt nor summat in the first half, creating very little but rarely exercised themselves at the other end.

Thomas Partey spent the opening 45 minutes strolling around the pitch with quiet authority, winning the ball here, picking a pass there and he was the biggest positive of the night even if the BT Sport commentary had a slight whiff of predetermination about the extent of his excellence on a night that always looked short of alternative storylines.

That he was demonstrably the best player on the pitch was beyond question. How much of that is a compliment to him and how much it’s a criticism of others is up to you.

It would be tempting to say that the goal was the best thing to happen to Arsenal. Certainly they were far better after going behind, but that had more to do with the enforced introduction of Hector Bellerin and, most obviously, Pierre-Emerick Aubameyang. The Gunners immediately carried extra attacking threat and you never really doubted they would clear up the mess once the main man was unleashed.

But what a mess they made. Arsenal’s decision to cash in on Emiliano Martinez looks shrewd if viewed view the prism of investing that money in Partey, but less so when it puts so much faith in Bernd Leno. His error for the goal was a dreadful one. More worrying was the fact he repeated it twice more, once before David Luiz profited from a similarly Pickfordesque moment of madness at the other end before Aubameyang tapped home the winner, and once more after it. Leno and Luiz’s misunderstanding would’ve proved costlier on a more significant night against higher calibre opposition.

In summary, then: it was all just a bit Arsenal. Nicolas Pepe’s delivery for Luiz’s equaliser and the swift passing and movement for Aubameyang’s winner were excellent. Partey is going to be a huge point of difference for this Arsenal side, exuding not just class but perhaps most importantly the sort of quiet, calm authority the Gunners have lacked for such a long time.

But there is still a fragility there. Still a sense that however serene things may appear that danger lurks at every turn in every moment. It’s exhausting. Conceding from your own goal-kick is a bit too on the nose even by North London banter standards.

It was all just more difficult than it needed to be. Apart from when Partey was on the ball.