Barnes thinks the Gunners have found a player who will effectively protect their defence this season. 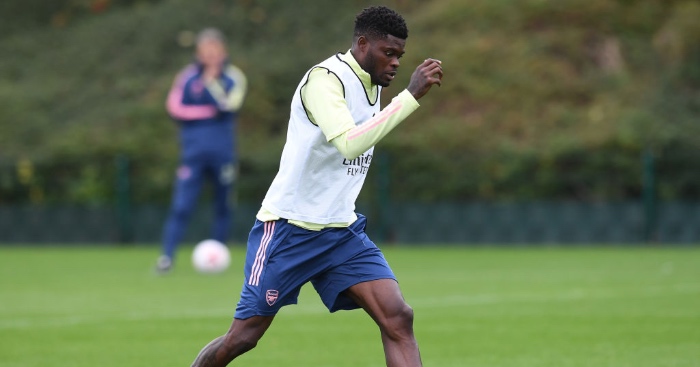 Liverpool legend John Barnes thinks Arsenal’s new signing Thomas Partey will provide the side with much needed ‘steel in midfield’ this season after he joined from Atletico Madrid.

Partey joined the Gunners on transfer deadline day after they activated his £45 million release clause just in time.

He has signed a long-term contract while fellow midfielder Lucas Torreira moved in the opposite direction.

Now, former Liverpool and England player John Barnes has revealed his thoughts on the move.

Barnes said: “Thomas Partey was necessary for Arsenal, they needed strengthening in defensive midfield, and players who could break the game up whilst leading from the back and turning defence into attack.

“Partey is a decent player on the ball but his true qualities lie in winning the ball back and giving Arsenal that steel in midfield to protect the back four, so he is an excellent signing for them.

“It is important that fans understand that he won’t start spraying long diagonal balls, doing step overs in the opposition half or scoring from long range. Arsenal have many players such as Aubameyang and Willian who can do that for them.

“Partey will be that shield to support the defence and break up the play, which Arsenal have been crying out for a long time. He really could be the difference for them this season and I am excited to see how he gets on.”

Partey could make his debut in Arsenal’s game this weekend in the Premier League. They face Man City tomorrow in a huge game at 17:30. The match will pit Arsenal boss Mikel Arteta against his former manager at Man City, Pep Guardiola.

Partey could play an important role in Arsenal’s season if he gets off to a good start. It’s already been said that the team have found their final piece of the puzzle in the player to mount a serious title challenge.