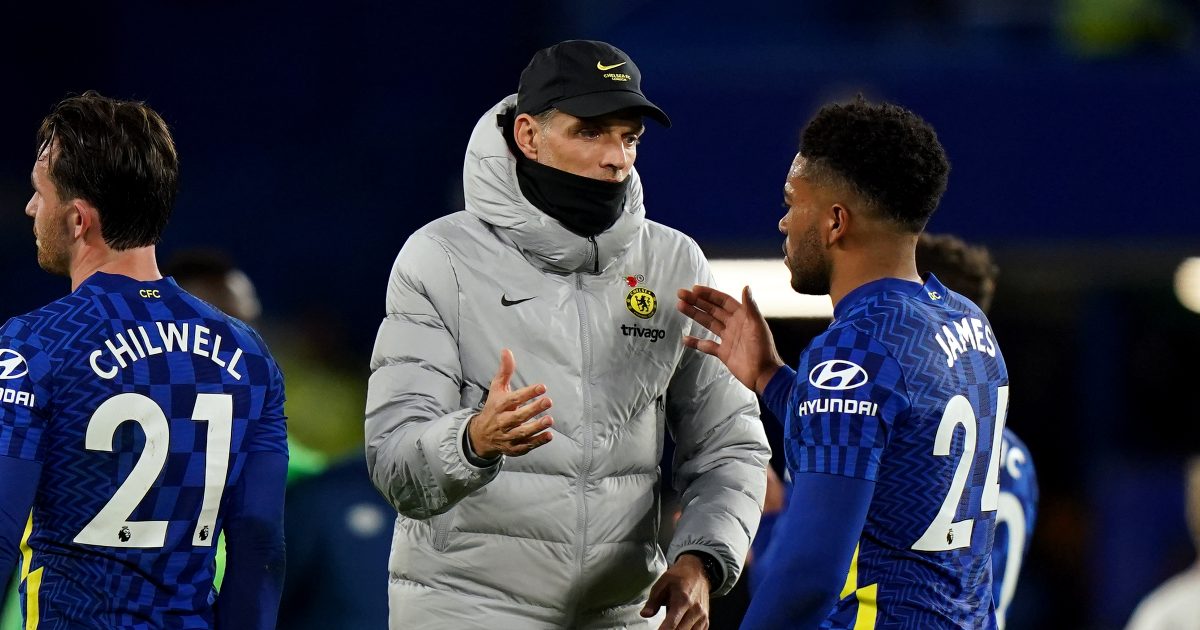 Thomas Tuchel is “angry” that the Premier League have rejected Chelsea’s request to postpone Sunday’s game versus Wolves.

This weekend’s Premier League schedule has been heavily affected by Covid-19. Only one game took place on Saturday as Leeds hosted Arsenal.

Three more go ahead on Sunday afternoon and Chelsea’s trip to face Wolves is one of them.

Chelsea were already without Romelu Lukaku, Timo Werner and Callum Hudson-Odoi due to positive tests.

The Stamford Bridge club were understood to have lost more players to positive tests on Saturday, leaving the west Londoners travelling to Wolverhampton with a makeshift squad.

Ben Chilwell has been isolating due to a positive Covid test, but was already sidelined with knee trouble.

Jorginho, Kai Havertz and Ruben Loftus-Cheek were not on Chelsea’s team bus on arrival at Molineux.

Thomas Tuchel had already admitted Chelsea could be pressed into starting Mateo Kovacic and N’Golo Kante ahead of schedule on the midfield duo’s return from injury.

Kovacic only came out of isolation on Friday and has not played since October due to hamstring trouble, while Kante has not featured since November with a knee issue.

“We are deeply disappointed that our application was rejected as we felt we had a strong case for postponement of today’s match on the grounds of players’ health and safety,” said a Chelsea spokesman.

Chelsea’s request is understood to have fallen on deaf ears because the Blues were deemed to have had enough players to fulfil the fixture according to Premier League regulations.

Five of Saturday’s six Premier League fixtures were postponed, with Everton’s clash with Leicester on Sunday also called off.

Speaking on the failed request, Tuchel said that Chelsea are “angry and disappointed” that the game versus Wolves is going ahead:

“It is exactly like this, we thought we had a strong case regarding the security and health of players, we have seven positive cases, we were made to be in the bus and travel together for three hours, were in meeting together, in dinner and lunch and the situation does not feel like it will stop.

“We applied to not play and put the situation under control and it was rejected. It is very hard to understand it, we are concerned about the health of the players. We end up with players who play coming from injuries and we take the risk.

“I am worried from a medical point of view, we have had four days of consecutive tests. How will it stop if we are in a bus together and in meetings?

“We are disappointed, we are a bit angry.”