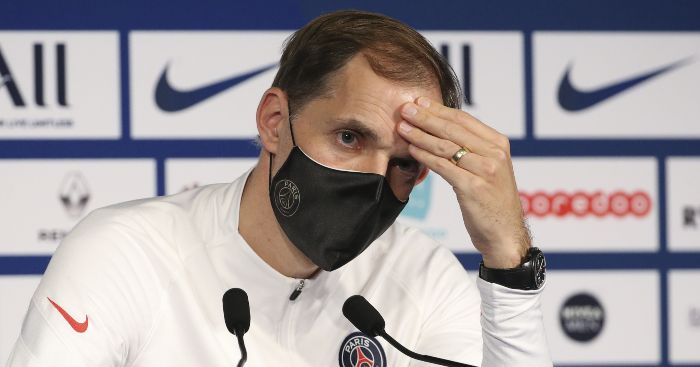 Former Paris Saint-Germain boss Thomas Tuchel is expected to challenge for the Premier League title this season when he takes over at Chelsea, according to reports.

Tuchel will now replace Lampard with reports claiming he could be announced as soon as today if everything goes smoothly.

MEDIAWATCH: The English media loses its sh*t over Bambi (Lampard)

But it won’t be easy for Tuchel when he arrives in England with The Sun claiming that Tuchel is ‘under orders to make them title contenders this season’.

The report adds that Chelsea ‘hope to have Tuchel in charge of tomorrow’s clash with Wolves’ and that the former Borussia Dortmund boss will be ‘under pressure to produce an immediate revival and catch up leaders Manchester United’.

The Sun reckons the Blues board made the decision to sack Lampard now because they ‘believe there is enough time left to improve on last season’s fourth-place finish’.

Following his sacking, Lampard issued a statement via the League Managers Association in which he described managing the club as a “huge privilege and an honour”, thanking the clubs’ fans who have largely remained staunchly behind him.

The LMA has released a statement on behalf of Frank Lampard

But Lampard added: “When I took on this role I understood the challenges that lay ahead in a difficult time for the football club.

“I am disappointed not to have had the time this season to take the club forward and bring it to the next level.”