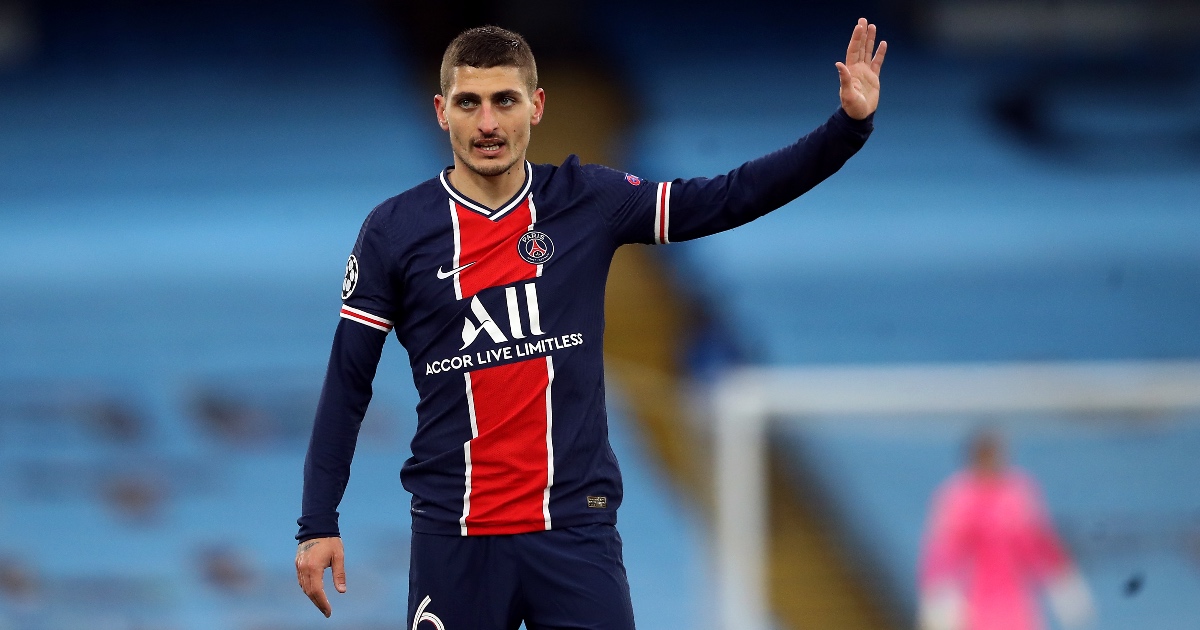 The German is keen to make the squad his own in the coming months after inheriting Frank Lampard’s team in January.

According to 90Min, Tuchel has now requested the signing of Italian star Verratti.

They worked together during Tuchel’s two-year stint as PSG boss, with the manager thought to be a big admirer of his talents.

He’s keen for the 28-year-old to partner either N’Golo Kante or Jorginho next season as Chelsea hunt down Pep Guardiola’s Manchester City.

Tuchel already has Mateo Kovacic and Billy Gilmour available to him, in addition to Jorginho and Kante.

Gilmour and Jorginho started in the recent defeat to Arsenal, although they weren’t as impressive as usual.

Jorginho failed to look before making a backpass to Kepa Arrizabalaga. The shot-stopper managed to keep it out but the pass led to Emile Smith Rowe scoring the winning goal.

The Blues lacked creativity in the middle and Gilmour was replaced at half-time. England starlet Mason Mount came into his position and immediately offered more threat going forward.

While Tuchel is a big fan of his midfield options, he wants to bring in a world-class player to improve Chelsea further.

Verratti is a perfect fit, having been a PSG stalwart since his £10.8million move from Pescara in 2012.

The Italy international recently helped Mauricio Pochettino’s side to reach the Champions League semi-finals, before they were knocked out by City.

Verratti is a clever midfielder who can find passes where other players can’t. Seeing him perform in the Premier League would be an exciting prospect.

The problem that arises from any potential transfer is who leaves on his arrival? Jorginho has enjoyed a brilliant campaign since Tuchel took over and is certain to keep his place.

It’s unlikely that Kante or Kovacic would be happy to sit on the bench given their impressive performances in recent years.

Signing Verratti may also get in the way of Gilmour’s development. While Mount can operate on the wing or in central attacking midfield, the Scotland international is a central midfielder through and through.

He would face a struggle to get into the Chelsea team ahead of Verratti and Jorginho.