Home All The News Tuchel responds to Mourinho sacking: ‘I didn’t see it coming’ 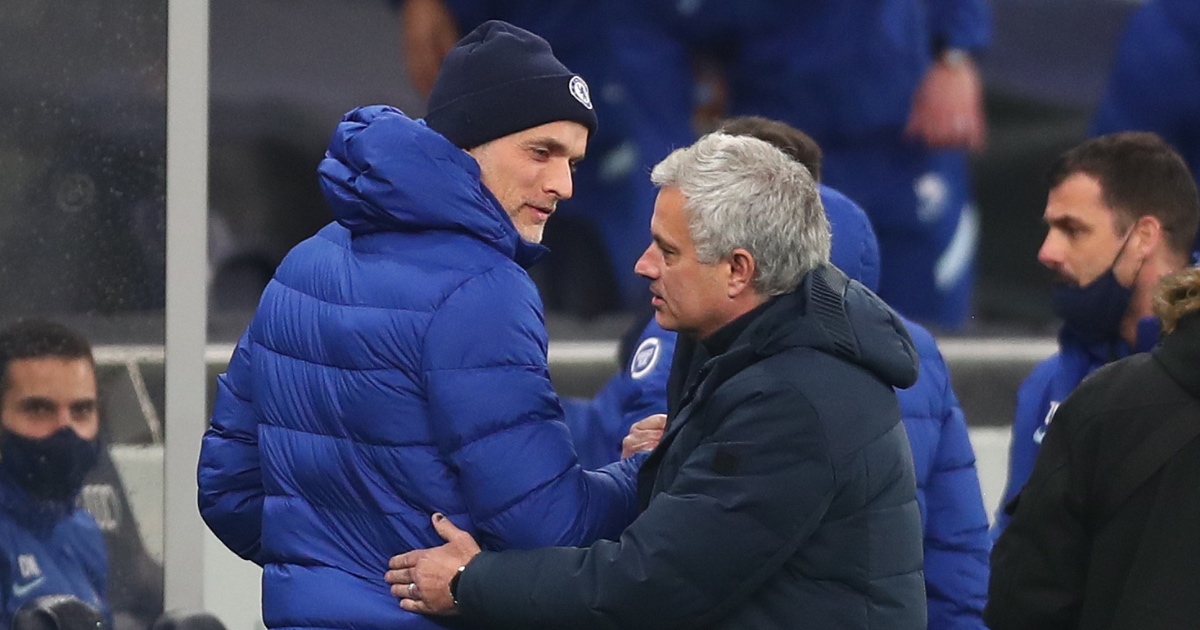 Thomas Tuchel has responded to the sacking of Tottenham boss Jose Mourinho by saying he ‘didn’t see it coming’.

The Portuguese manager was relieved of his duties on Monday after 17 months in charge.

Spurs were knocked out of the Europa League in March and have picked up two points from their past three league games.

FEATURE: Big Six can f*** off to European Super Jerk Off League now

When asked about Mourinho’s departure, the Chelsea boss told reporters: “I am always a little bit surprised when it happens. We are all competitors and try to beat each other but in the end we hope a manager is in a good place to work.

“So when it happens, it never feels good as a manager. It’s not my job to comment but it is what it is.

“Everyone fights hard for results and when a big decision comes, it was a surprise. I didn’t see it coming but I wasn’t focusing too much on their situation.”

Tuchel got the better of his managerial counterpart in February as Chelsea won 1-0 away from home.

Jorginho scored the only goal of the game from the penalty spot.

While Tuchel has mastered a brilliant turnaround at Stamford Bridge, Mourinho has enjoyed less fortune.

Spurs are seventh in the Premier League after 32 games. They’re five points behind fourth-placed West Ham and will need a great run-in to get Champions League football.

Spurs chairman Daniel Levy was hopeful that silverware would improve their campaign.

They reached the Europa League round of 16 by beating Wolfsberger AC in their previous tie.

However, a Mislav Orsic hat-trick stunned them as they were knocked out by Dinamo Zagreb.

Spurs are due to face Manchester City in the Carabao Cup final towards the end of April.

They go into the match as underdogs given City’s brilliant form this season.

Mourinho took charge at the north London club back in November 2019. He replaced Mauricio Pochettino, who had taken Spurs to the Champions League final in the previous campaign.

Mourinho was tasked with ending their 13-year wait for a trophy and making them regular Champions League contenders.

That hasn’t happened and the Spurs hierarchy will now look for his successor.

Brendan Rodgers and Julian Nagelsmann have been linked with the job.