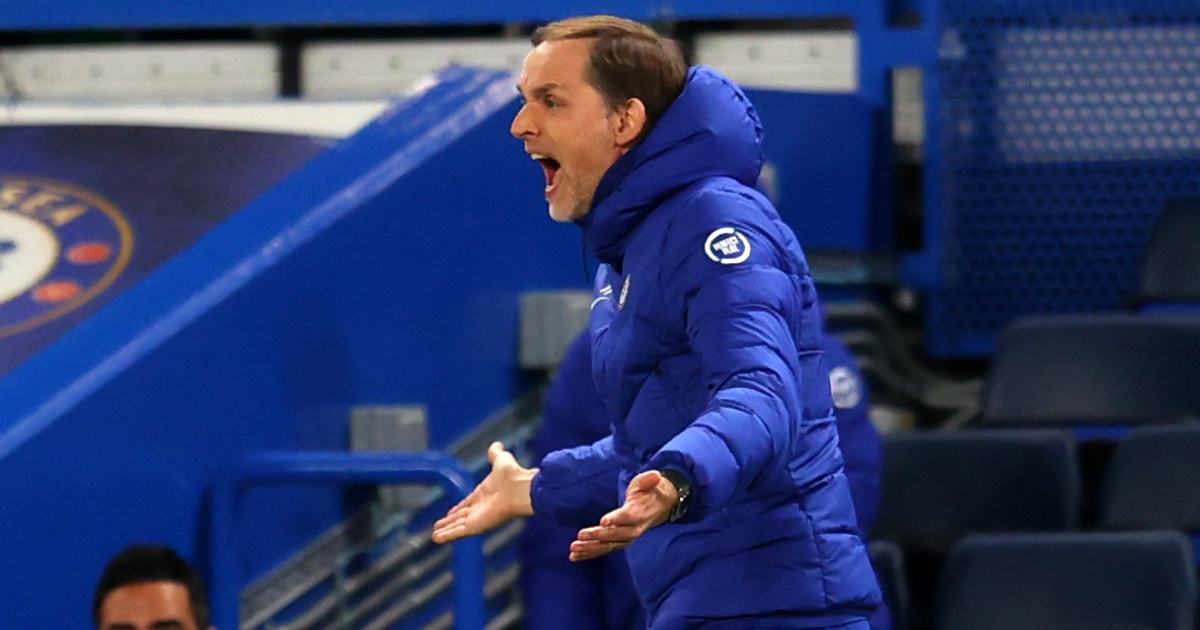 Thomas Tuchel has taken responsibility for Chelsea’s 1-0 defeat to Arsenal on Wednesday night, saying he ‘wasn’t happy’ with his lineup.

The German made seven changes to the team which beat Manchester City 2-1 last time out, perhaps with one eye towards this weekend’s FA Cup final.

Big names Thiago Silva, Kai Havertz and Mason Mount all came in, but the Blues couldn’t score at Stamford Bridge.

They gifted their London rivals the opener in the 16th minute. Jorginho failed to look before making a backpass and sent it towards goal, forcing Kepa Arrizabalaga to sprint and palm it off the line into the path of Pierre-Emerick Aubameyang.

The forward then set up Emile Smith Rowe for the only goal on the night.

Chelsea had a number of chances and enjoyed good spells of pressure but never looked at their best.

Kurt Zouma and Olivier Giroud both hit the crossbar in the dying stages as Arsenal held on.

Speaking after the defeat, Tuchel told BBC Sport: “The first half was OK, it was enough to lead 3-0 but we were 1-0 down because we forgot to score at the other end and then scored an own goal practically, I don’t know how Arsenal would’ve scored if we didn’t give it to them ourselves.

“We were not sharp enough, not the same energy as usual. We are responsible, I am responsible, we are all in this together so it was not enough to win the game.

“Bit angry that we had so many changes, that’s on me, not so happy in the end with the line-up, but I didn’t know what would happen. I didn’t feel us today like I normally do and we can’t expect to win games if we’re not 100%. We didn’t have a shot for almost the whole second half, then we had a big one, maybe we deserved this today, we learn something.

When asked if it was good to suffer a defeat before a cup final, Tuchel added: “It’s a bad thing – I don’t need these things to wake up to know how hard it is, I don’t need to lose to know this. We needed to wake up again together but I don’t know why. Now everybody is awake again.”

They play Brendan Rodgers’ Leicester in the final on Saturday at 17:15.