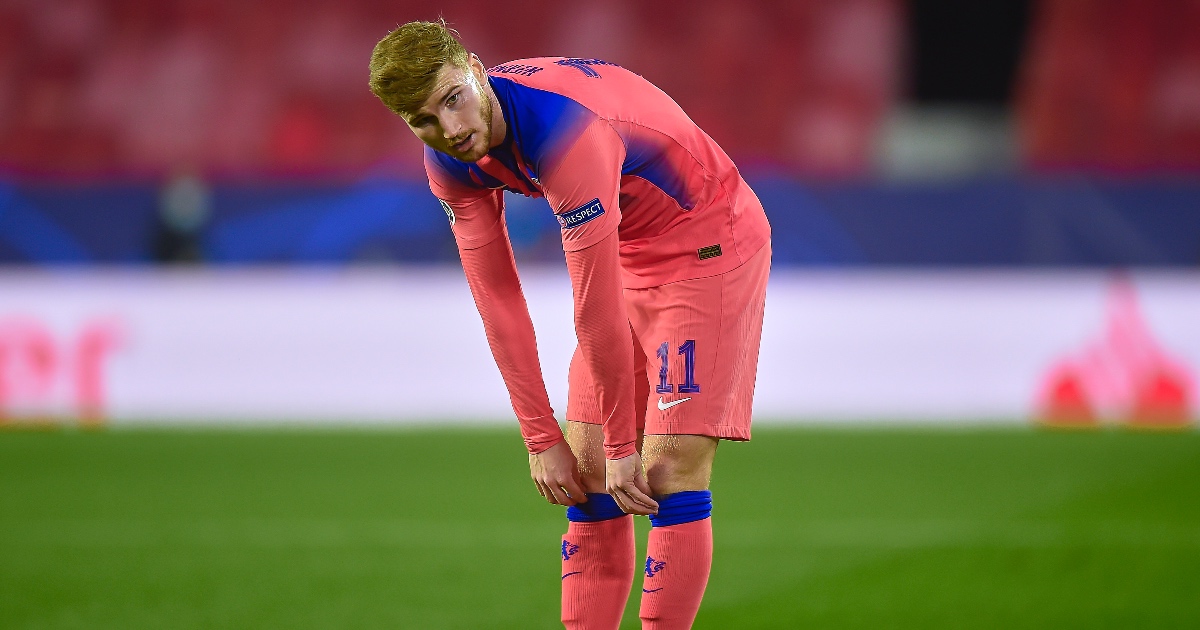 The German forward has struggled at Stamford Bridge since joining from RB Leipzig in July.

He’s bagged just five Premier League goals and went on a run of 14 games without scoring.

Ziyech, meanwhile, has had far less game time under Tuchel and needs more minutes to show his true ability.

He came on as a substitute in the 4-1 victory over Crystal Palace, but only appeared in the last ten minutes when the game was already won.

Speaking to Dutch outlet Ziggo Sport (via Daily Star), he said: “If I was Tuchel I would always pick Ziyech, simply because he is the best option by far. He can cut inside and create chances, as can Mason Mount. That is what Olivier Giroud needs.

“Werner is super fast, and maybe that is something good to have in an away game when Chelsea are under pressure.

“But all he does is put his head down and run himself to death. Mount is a terrific footballer, and I think he can get even better, but Werner is truly a blind horse.

“He already showed that’s what he is like when he played in Germany – and he’s doing it again now.”

One way Werner has contributed this season is through assists. He’s registered nine in the Premier League, plus two in the Champions League, already this term.

The 25-year-old unselfishly set up Mount for a goal in the 5-2 defeat by West Brom.

Werner will be looking to emulate teammate Kai Havertz in the coming weeks.

His compatriot also had a tough start to his Chelsea career, but starred in the recent win over Palace. He got a goal and an assist as the Blues continued their top-four chase.

Chelsea’s next game is against Manchester City in the FA Cup semi-finals. It will be interesting to see which players out of Werner, Ziyech and Havertz start.