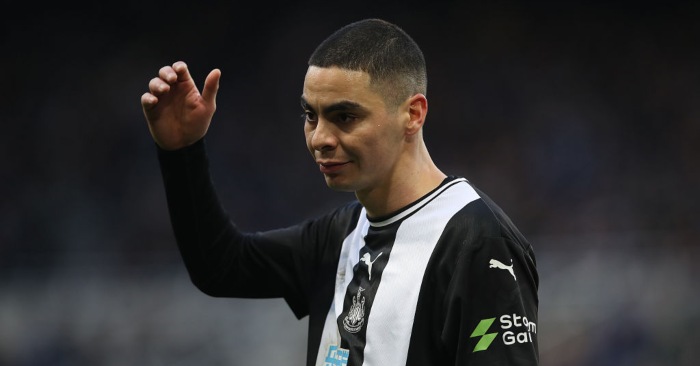 Seven teams are 7/1 or shorter to be relegated from the Premier League this season, with Crystal Palace’s win over Brighton at the weekend making them the latest club to list themselves out of danger with their second successive win. Joy was unconfined. So who survives and who drops?

Why they will survive: They are five points clear and there are still three teams between them and the relegation zone. Instinctively, you feel they will drop and drop but then just about survive by the skin of their teeth; at that juncture the real questions should begin. They certainly have one of the better defences in the lower reaches of the Premier League (they have conceded fewer goals than Everton this season). Even if they carry on picking up less than a point a game between now and May, that really should be enough to get them over the line.

Why they will drop: Our bleeding eyes and xG tell us that they are the Premier League’s worst side by some margin. They have not scored in their last four Premier League games and they may never score again; their three forward players in Saturday’s 0-0 draw with Burnley have scored three top-flight goals in total this season. This is a side bereft of imagination, ingenuity and penetration; that kind of void will be filled by relegation sooner rather than later. And only Bournemouth and Brighton are in worse form in 2020.

Newcastle’s xG trend screams relegation. No idea how they are seven points above the drop zone. Suspect next season will be very rough on them at this rate unless things take a massive change for the better. pic.twitter.com/MUw1Azuem6

Why they will survive: Brighton boast the tightest defence in this relegation battle; even in eight winless games in 2020, they have only conceded 12 goals. They are also better than their position in just about every metric but goals and points; they rank seventh in the Premier League for shots, fifth for possession, seventh for pass completion and ninth for xG. That suggests that they just need a bit of luck and a couple of decent finishes to pull themselves away from trouble.

Why they will drop: Because they simply cannot win games and that erodes confidence. The pretty football counts for nought if you simply cannot score enough goals to win games. Barring a ridiculous 3-3 against West Ham, Brighton have not scored more than once in any game in 2020. They are the team in the worst form at the worst time. And their manager has never been here before; he was hired for long-term establishment in the top flight and has found himself fighting a short-term battle for survival.

Dont understand teams like Brighton trying to play out from the back. They’re relegation candidates, not Barcelona

Why they will survive: There’s goals in that team – as demonstrated on Saturday when David Moyes switched to a 4-4-f***ing 2. Any side who can field Sebastien Haller, Jarrod Bowen, Michail Antonio and Pablo Fornals (and have Robert Snodgrass, Felipe Anderson and Manuel Lanzini in reserve) should not be in a relegation battle. And in Moyes they have somebody who fought this exact battle two years ago and secured the team’s – if not his own – survival.

Why they will drop: Because they are West Ham and they are ridiculous. They have dropped 22 points from winning positions this season – five more than any other team in the Premier League – and they have not kept a clean sheet since January 1. And that’s even before you consider that they still have to play away games against Arsenal, Spurs and Manchester United.

Why they will survive: Maybe just read this from Daniel Storey as he made Watford and Ismaila Sarr his Premier League winners of the weekend. They have Nigel Pearson (who has been here before) and fire in their collective belly. They have just beaten Liverpool, for f***’s sake.

🔴 Klopp: “Watford defended 6-3-1 which is quite a challenge to play against, and you have to play different .. Man City’s first goal yesterday is how you play against a deep-defending team.” pic.twitter.com/l0w1GUrPdQ

Why they will drop: Because that win over Liverpool was their first in six attempts and they have won just once away from home (at Bournemouth) in almost four months. It puts them under an awful lot of pressure to pick up points at Vicarage Road.

Why they will survive: There is still an awful lot of quality in that side – Josh King, Callum Wilson, Ryan Fraser, Lewis Cook, Jefferson Lerma and Nathan Ake are not the calibre of players who should be fighting against relegation. Back-to-back wins over Brighton and Aston Villa and a draw against Chelsea mean they have not lost in three home games; victories in upcoming home clashes against Crystal Palace and Newcastle could leave them with one foot in the survival camp.

Why they will drop: Only Brighton are in worse form in 2020 and the Cherries have not recorded a clean sheet since mid-December. They have not been in this position – in the relegation zone with ten games left to play – since they arrived in the Premier League and you have to think that both Watford and West Ham are better equipped for a battle. The fixture list sees them play Liverpool, Wolves, Manchester United, Spurs, Leicester and Manchester City in the next two terrifying months.

Eddie Howe & Bournemouth realising they’re in the Bottom 3 but don’t have Chelsea Again this season… pic.twitter.com/txMS5Qo4Vt

Why they will survive: Their record against teams in the bottom half of the table is impressive enough to think that they might get something against Newcastle, Crystal Palace and West Ham, especially with John McGinn set to return next Monday to a squad that should eventually be buoyed by their performance in the Carabao Cup, regardless of the actual result. They also have a game in hand and that game is mercifully at Villa Park.

Why they will drop: Their point against Manchester United is their only one of the season against a Big Six side and they are yet to play Chelsea, Liverpool, United and Arsenal, while Everton, Sheffield United, Wolves and Leicester are all chasing European places too. Villa’s defence simply cannot stand up to that kind of examination; they have conceded 16 goals in seven games in 2020. Leaky defence + misfiring strikers usually = relegation.

Why they will survive: Because…

Norwich City must be best bottom of the table team in Premier League history.

Why they will drop: The gap to Watford is now so big (six points) that it feels close to impossible, particularly after both the Hornets and the Hammers won at the weekend to dampen the delight of Friday night’s win over Leicester. They have won only one away game all season so getting more than a point or two in total from visits to Sheffield United, Arsenal, Watford, Chelsea and Manchester City feels like a pipe dream. Scoring four goals in their last eight games puts them on a par with Newcastle, and they really cannot afford to be on a par with Newcastle while on 21 points.