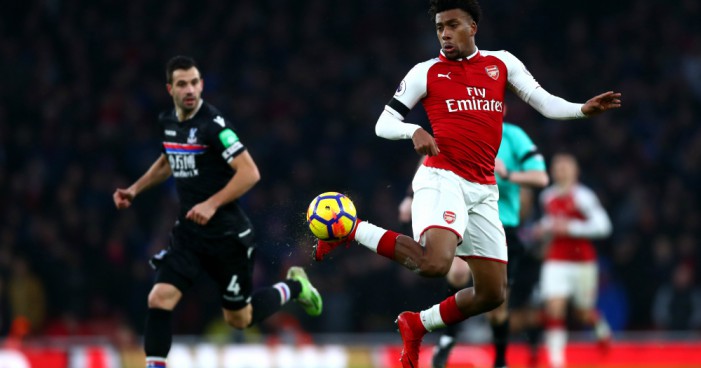 A fun week, with excellent performances by familiar names, but also a few surprises. (And there’s even a quiz!) Most of the best efforts were by central players, particularly defenders, whether in the back line or midfield. So we wind up with a fairly narrow 3-3-3-1:

Goalkeeper: Lukasz Fabianski (Swansea City) As has been the case recently, plenty of good performances without a clear winner. Mat Ryan, Jordan Pickford and Asmir Begovic all had multiple excellent saves, with Begovic’s point-blank stop of Marko Arnautovic one of the best of the season. Fabianski’s saves weren’t quite in that class, but he was superb coming off his line to claim, punch and sweep, and radiated confidence against a formidable Liverpool attack. Incidentally, the ex-Arsenal man is having an excellent shot-stopping year: in the most recent xG rankings, he was third in the league behind David De Gea and Nick Pope.

Centre-half: Laurent Koscielny (Arsenal) It was actually a rather un-Koscielny-like game. Usually he’s the coolest man on the pitch, nonchalantly stepping in to intercept yet another pass and send the ball forward to attack. But he was throwing himself around like an excited teenager (think some people were glad to see the back of Alexis?), with considerable success. Added a corner-kick goal for fun.

Centre-half: Nathan Aké (Bournemouth) Playing on the left of a three against a West Ham in the mood to attack, he simply shut down that side. Cheikhou Kouyaté was the most frequent victim, but he didn’t play favourites. Marko Arnautovic once got a little bit behind him, but that was all. You can strike him from the list because he lost a header to Chicharito in the build-up to West Ham’s goal. But that isn’t a big enough mistake for me.

Centre-half: Mike van der Hoorn (Swansea City) Alfie Mawson got the goal, the impressive stats, and the game-saving block, but van der Hoorn had the more consistent match. No way he was going to be perfect against the Liverpool onslaught, but his decision-making was consistently good, he timed his interventions well, and the few times he was in danger he recovered effectively.  I have to admit that Mawson’s game-saver came the one and only time van der Hoorn wound up out of position. But although Mawson made lots of plays, he was also clearly beaten twice for possible scoring chances. I’ll go with the Dutchman, who incidentally showed a turn of pace I didn’t know he had.

The Stoke City pair of Kurt Zouma and Ryan Shawcross deserve recognition for a good match against Huddersfield. They weren’t tested near as much as the three list-makers, but earned their clean sheet. James Tarkowski had his usual solid showing against a good side, this time Manchester United.

As for full-backs, Ryan Bertrand was a bit unlucky to be left out: he had a decent defensive game and got forward dangerously a few times, once leading to an own goal. But there were no right-back candidates, and several good ones in the middle. Nacho Monreal was even unluckier – he looked nailed on for a spot but left shortly after the half-hour.

Deep Midfielder: Ben Watson (Watford) I was ready with a really good analysis of the way Marco Silva had restructured Watford’s midfield, but that was shot to hell in a hurry. Bottom line is that Watson was restored to the line-up and given purely defensive duties, freeing Abdoulaye Doucouré to get forward. Against a speedy Leicester side at the King Power he was bypassed a few times, but also stopped or slowed down plenty of attacks, mostly with precise tackles (seven of them, to be equally precise). He might not play much under Javi Gracia, but he’ll always have Leicester. And Wembley, of course.

Deep Midfielder: Oriol Romeu (Southampton) The Saints didn’t park the bus against Spurs, which meant the midfield had to do some serious defending. Romeu was the standout, particularly effective pushing up aggressively. Remarkably, he only needed to foul once (albeit a yellow). His ball distribution was top-notch in all directions. His form has been average the last couple of months, but here he looked both the rock and hub of the side.

Deep Midfielder: Gareth Barry (West Bromwich Albion) To steal an old Tom Lehrer line: when Mozart was Gareth Barry’s age, he had been dead for over a year. His last England cap was back in 2012, but he just keeps on keeping on, and really deserves some sort of medal.  His statline at Goodison was unimpressive, but very misleading: he was consistently in the right place to make the smart play, and helped make Everton’s midfield look as drab as Everton’s midfield. Tired a bit in the final minutes, but well worth his spot.

Barry’s nearest competitor was teammate Grzegorz Krychowiak, who in his natural style was more spectacular (including a gorgeous assist for Jay Rodriguez) but also more erratic. He’d also been on the list once before, so Barry gets the nod on the usual tiebreaker.

I absolutely slated the club when we signed Gareth Barry.
I am a dickhead.

Attacking Midfielder: Eden Hazard (Chelsea) What I like most about Hazard is that although he gets fouled as soon as he gets out of bed in the morning, he rarely complains. And somehow gets up and goes on. He’s never logged fewer than 31 appearances in a Premier League season. Oh, and he’s freaking fantastic. (And here’s the quiz: of players with more than 1000 minutes this season, who’s been fouled the most per 90 minutes? Answer at bottom.)

Attacking Midfielder: Mesut Özil (Arsenal)  Sliced and diced the Palace defence with all the elegance for which he’s famous. Whoscored.com says he was dispossessed once and had an unsuccessful touch. Slacker. But if he transfers to another league, I’m watching all his games too.

Attacking Midfielder: Alex Iwobi (Arsenal). The toughest choice of the week. Iwobi had one of his best matches in an Arsenal shirt. He’s never really looked like breaking through, but was fine here, attacking with the same verve and intelligence as the rest of the side. He mostly played the simple pass, but it was mostly the right one too. The way he got into position and took his goal makes you wonder why he only has seven in his Arsenal career. (Is he in the wrong position?) Did a little defending, too. You can call him a left winger if you want, putting Özil on the right.

Elsewhere, Anthony Martial came on very strong in the second half, including the winning goal, but was defended just a bit too easily in the first half, with Phil Bardsley simply playing him onto his weaker foot. Max Choupo-Moting had a similar game: too easily surrounded in the first half, breaking free for important contributions in the second. Both would have been worthy on the left, with Martial the newbie choice.  Jack Wilshere was under consideration as well.

Striker: Sergio Aguero (Manchester City). You’ve seen more impressive hat tricks, but he just plays and plays until the ball finds the net. The third goal was by no means easy, both controlled and scored with his weaker foot. By the way, in his last two full seasons plus this one so far, he’s scored 60 goals, but only seven with his left peg. Who cares?

Salomón Rondón drew plenty of attention for his emotional reaction to James McCarthy’s injury, and rightfully so. But he also had a fantastic match, one of his very best, with strong hold-up play, aggressive dribbling and shooting, and the edge on most 50-50 balls. He just couldn’t get it in the net, although he forced a fine save from Jordan Pickford and nearly broke the crossbar in stoppage time. If Aguero doesn’t score that third goal, Rondón makes the list for his all-around effort.

Quiz answer: I would have guessed Wilfried Zaha, but the man who’s been fouled the most per 90 minutes is Ashley Barnes.

Punchline: he’s also committed the most fouls per 90 minutes. Actually not. He’s second, just behind Mousa Dembélé. But it sounded good.