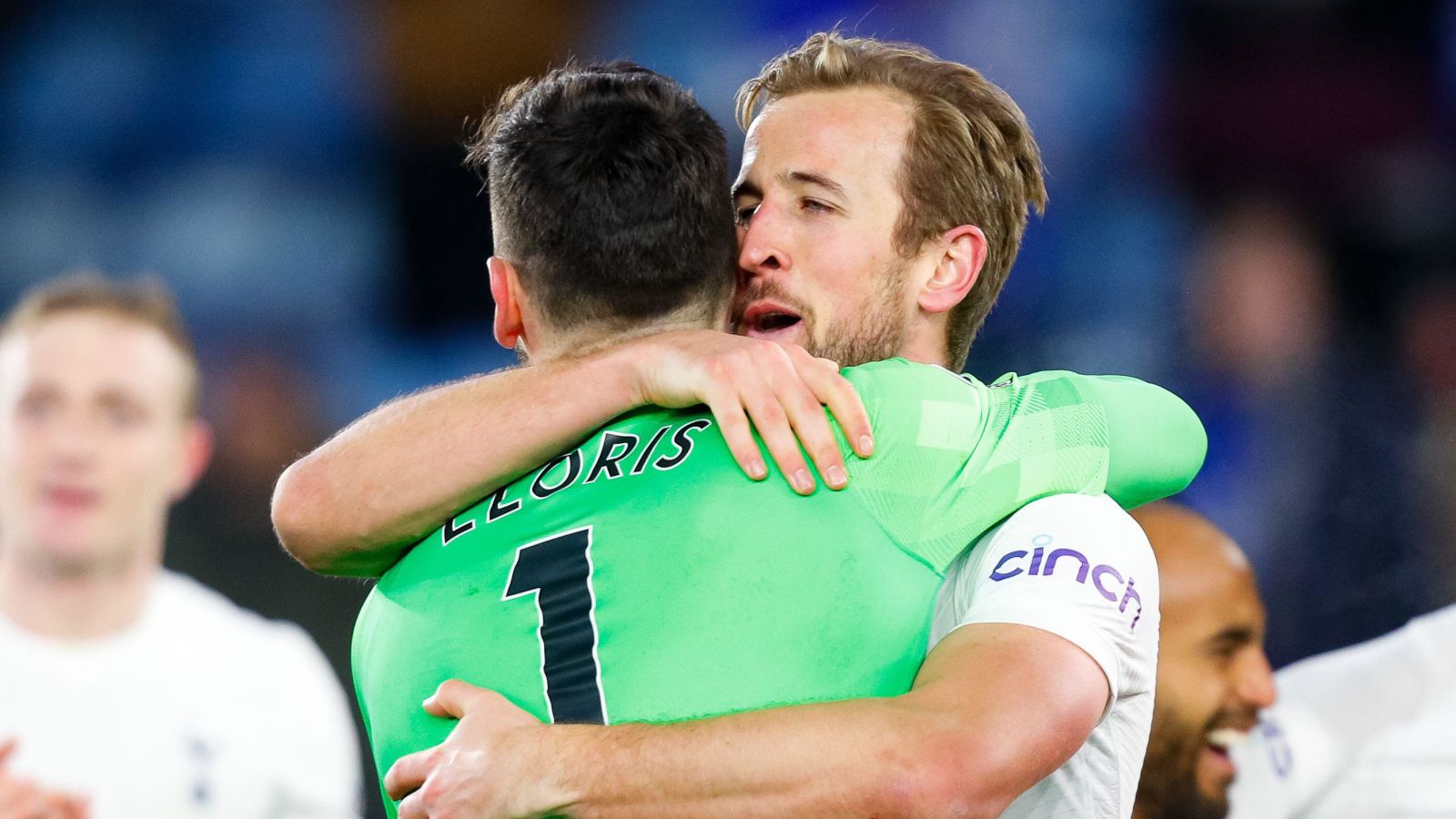 Some of these are very obvious club legends and stalwarts, some are really not and some have surely only been there five minutes and, for the first time in a very long time, none of them are Mark Noble.

For homegrown players, dates are taken from their first professional contract rather than when they joined a club’s academy. No long-service awards for being in the Under-9s here.

1) Hector Bellerin (July 2014)
For now, anyway. Technically. Always good to start any feature on a technicality. Draw people in.

2) Mohamed Elneny (January 2016)
Every Arsenal manager – whoever that happens to have been across his six-and-half years at the club – seems to forget he exists for most of the season and then remembers in March.

3) Granit Xhaka (July 2016)
Can’t fully explain this, but six years feels simultaneously far too long yet nowhere near long enough for Xhaka to have been at Arsenal.

1) Jed Steer (July 2013)
Averages one Premier League appearance for Villa every three years, and that’s if we include eight minutes against Wolves as an appearance. Back-up goalkeeper is the life.

2) Keinan Davis (July 2017)
Twenty-four-year-olds shouldn’t make these lists. You should have three players who’ve been around more than five years, lads.

3) John McGinn (August 2018)
Better. Of the 137 Premier League appearances racked up by this top three, McGinn accounts for a nice round 100.

3) Mads Bech Sorensen (July 2018)
He’s 23 and third! A combined age of 72 for your three longest-serving players?! Absolutely nobody is beating that, surely.

1) Adam Smith (January 2014)
Actually made his Bournemouth debut in League One all the way back in 2010 on loan from Spurs. Had a few temporary spells elsewhere before returning to the south coast permanently a few years later.

2) Junior Stanislas (July 2014)
Entering the final year of his contract after injuries massively curtailed his involvement in the Cherries’ return to the Premier League.

3) Lewis Cook (July 2016)
England international Lewis Cook, to give him his full name.

1) Cesar Azpilicueta (August 2012)
Of all the many millions Chelsea have spent over the last 20 years, there can’t be many better returns on investment than the £8m they sent Marseille’s way a decade ago

2) Ruben Loftus-Cheek (January 2015)
Very much back in Chelsea’s plans after spending 2020/21 failing to save Fulham from their yo-yo existence.

3) Abdul-Rahman Baba (August 2015)
Feels very apt indeed that one of Chelsea’s top-three longest-serving players hasn’t actually played for them since 2016.

1) Joel Ward (July 2012)
One of a handful of players getting their 10-year long-service award this year. Made his 250th Premier League appearance for Palace in the final-day win over Manchester United.

2) Wilfried Zaha (February 2015)
And it could have been five years longer but for that whole Manchester United unpleasantness.

3) Christian Benteke (August 2016)
How is it possible that he’s been at Palace for twice as long as he was at Villa? Six times longer than he was at Liverpool we find easier to grasp.

1) Tom Cairney (July 2015)
Has been through three promotions and two relegations with the Cottagers.

2) Tim Ream (August 2015)
Has been through three promotions and two relegations with the Cottagers.

3) Neeskens Kebano (August 2016)
Has been through three promotions and two relegations with the Cottagers.

1) Liam Cooper (August 2014)
These lads have seen some things. Leeds finished 15th in the Championship in Cooper’s first season.

2) Kalvin Phillips (July 2015)
An absolutely mint Local Lad Made Good story. Next chapter might not be at Elland Road, though.

3) Marc Albrighton (July 2014)
Improbable 2015/16 title-winning hero. And these are the only three of that squad still there.

1) Jordan Henderson (July 2011)
Leaving his beloved Sunderland at barely 21 to join Kenny Dalglish’s Liverpool has, on balance, worked out quite well

3) Roberto Firmino (July 2015)
The first to arrive of the front three that would change everything, followed a year later by Mane and a year after that by Salah.

3) Ilkay Gundogan (July 2016)
Another player we would have thought of as a recent signing who has inexplicably been at the same club forever. We are getting so old now. Doing this feature is honestly horrible. I haven’t been this fazed by the passage of time since a good fortnight ago when someone pointed out that if they made Back to the Future now, Marty would be sent back to the quaint and unimaginably old-fashioned year of 1992.

1) David De Gea (July 2011)
Signed so long ago that United were at the time defending Premier League champions having absolutely walked the league with 80 points.

2) Phil Jones (July 2011)
Four Premier League appearances in the second half of the season, as many as he’d managed in the previous two-and-a-half years.

3) Luke Shaw (July 2014)
One of only three men to score for England in a major final. Hasn’t scored a goal for United since.

1) Paul Dummett (July 2010)
“I don’t think you’ve what it takes to play in my team,” Paul Dummett recalls hearing from Alan Pardew upon his return from a loan at St Mirren in summer 2013. He is still there; Pardew is not.

2) Freddie Woodman (July 2014)
Finally got to actually play for Newcastle after six loan spells. Then went out on loan again.

3) Karl Darlow and Jamaal Lascelles (August 2014)
Signed on the same August day full of hopes and dreams and both are still very much involved at what is now a very different football club.

1) Joe Worrall (July 2015)
Heads a trio of homegrown lads still very much in their 20s who make up Forest’s top three ahead of their Premier League return.

2) Oriol Romeu (August 2015)
Another one to make you think time itself is taking the piss out of you. He was at Chelsea about five minutes ago, surely.

3) Nathan Redmond (July 2016)
We would have bet good money that Jan Bednarek had been at Southampton longer than Redmond and reader we would have lost that money. A whole year out.

2) Hugo Lloris (August 2012)
A decade behind a Spurs defence counts as cruel and unusual surely, but he’s willingly signed up to another two years of it. Madness.

3) Ben Davies (July 2014)
Started the season on the bench under Nuno Espirito Santo, ended it by qualifying for the World Cup with Wales having played 34 of Antonio Conte’s 36 games in charge of Spurs. Decent turnaround.

1) Aaron Cresswell (July 2014)
Takes on the mantle of West Ham’s longest-serving player from one Mark Jones Noble, who had been a professional for a decade before Cresswell showed up.

2) Michail Antonio (September 2015)
So long ago that he hadn’t even yet worked out he was a striker.

3) Manuel Lanzini (July 2016)
Surely deserving of another West Ham contract – possibly a lifetime one – purely for services to bantering off Tottenham.

3) Morgan Gibbs-White (January 2017)
Back in the Wolves squad for now after play-off heartbreak on loan at Sheffield United last season.