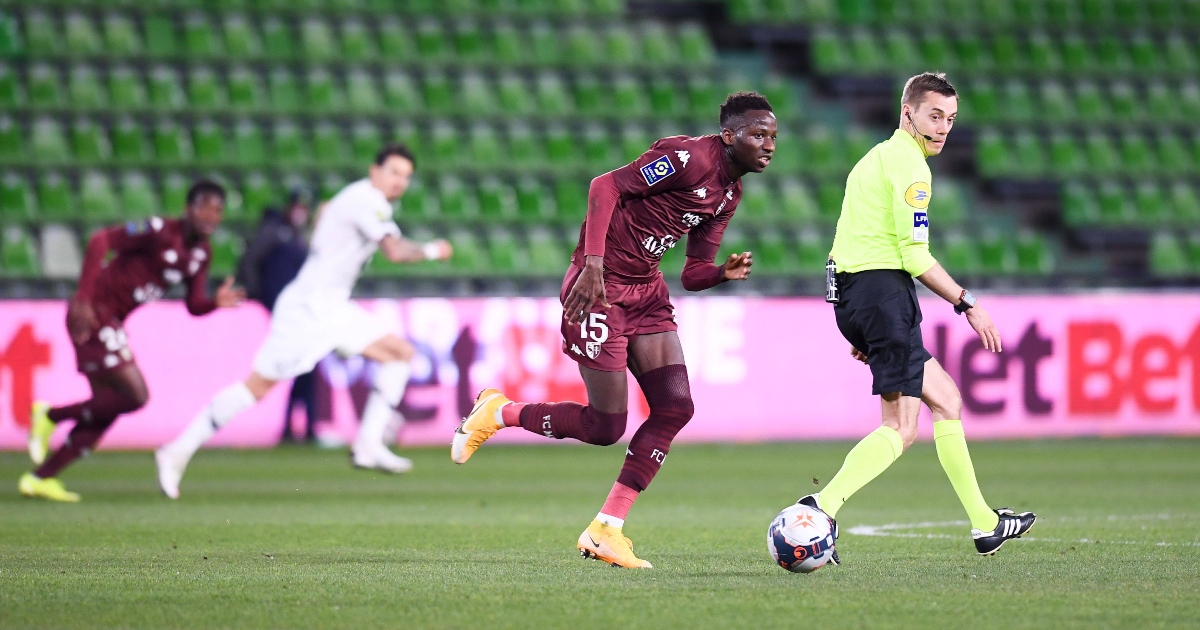 FC Metz wonderkid Pape Matar Sarr has attracted the attention of Manchester United, Chelsea and Manchester City, with the Premier League trio ‘tracking’ the 18-year-old, according to reports.

The teenager has featured in both of his team’s first two league encounters this season, including a 3-3 draw against current champions Lille.

Valued at around £28million – he could help provide Metz with a great deal of financial security.

Sarr penned a five-year contract with the club last September, so his current club will not be in any rush to sell him for an insufficient price.

United, City and Chelsea are ‘tracking’ the player and will look to loan him back to Metz for the 21/22 campaign in order to entice the French club into agreeing a deal, according to the Daily Mail.

The Red Devils and Chelsea have been linked with a move with fellow Ligue 1 teenager Eduardo Camavinga this summer.

United have been frontrunners for his signature all summer, but the Blues reportedly joined the race to sign the midfielder last month.

Camavinga is out of contract with Rennes next summer and is unlikely to sign a new deal, forcing the French outfit to entertain offers as they look to secure a transfer fee.

Speaking about the situation, Rennes president Nicolas Holveck said (via Goal’s Robin Bairner): “Everything is open, either for an eventual departure or for him to extend his contract. He’s not going to leave for nothing.

“We’ve had lots of talks but nothing is done in one sense or another.”

However, the Daily Mail claim Man Utd have shelved their interest in the youngster as Paul Pogba is set to stay at the club, with a move to Paris Saint-Germain now off the table.

PSG have been rumoured to be keeping tabs on Pogba’s situation at United, however, Lionel Messi’s arrival in the French capital has now ruled out a move.