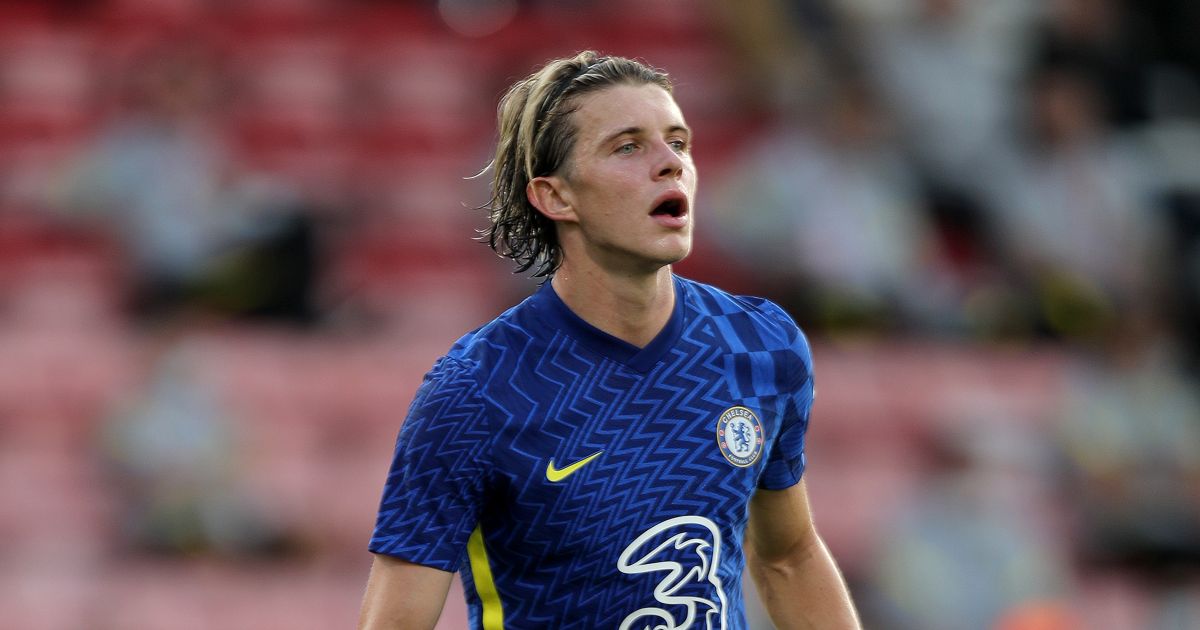 Chelsea midfielder Conor Gallagher will be Crystal Palace’s fifth first-team signing of the summer after he opted to join Crystal Palace on loan rather than Leeds United.

Gallagher impressed on loan with West Brom last season and had the choice between Palace and Leeds for his next spell away from Stamford Bridge.

According to the Mail, he chose Palace o.ver Leeds for three reasons: A greater chance of first-team football, the option to stay in London and the opportunity to work with new boss Patrick Vieira.

Palace still reportedly want to add another midfielder plus another attacking player, with Eberechi Eze missing the majority of the season through injury.

Gallagher played 90 minutes for Chelsea on Wednesday night as they beat Bournemouth in a friendly, playing alongside fellow Loan Army soldiers Danny Drinkwater and then Ruben Loftus-Cheek in central midfield.

He has had previous loan spells at Charlton and Swansea in the Championship and has never played a single minute for Chelsea despite being an England Under-21 international.

Palace defender Martin Kelly told Sky Sports this week: “Pre-season has been really good. It has been a boost for everyone, like the young lads coming up and training with us, so it has been a good time.

“It was good to go to St George’s and use their facilities and be together for near enough a week, with all the new staff. We have been working a lot with the gaffer on his tactics.

“We are in the Premier League, it is the toughest league in the world, we know that. We’ve had a lot of change this summer so it’s about the hard work off the pitch and behind closed doors that we’ve got to do.

“We have to be on board with each other and stick to the game plan then hopefully we give the fans want they have been wanting at Selhurst for the past few years which is to be entertained because they deserve it.”