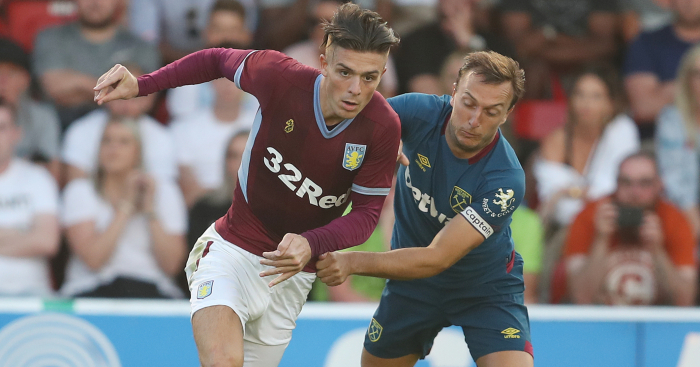 Even by Tottenham standards, this is quiet. Mauricio Pochettino spoke out in May to demand that the club show some bravery, but they have still not signed a single player this summer.

The importance of new signings can often be over-estimated, but Tottenham surely needed at least two additions to their squad. This isn’t about revolutionising the team and disturbing what has been working, merely improving some competition for places and giving everyone a lift.

With five days left in the window, we look at what Tottenham might, nay have to, do:

– The Daily Star reported that Spurs were lining up a bid for Lewis Cook, who would reportedly cost £30m. With Mousa Dembele worried about his fitness and Victor Wanyama properly injured again, Eric Dier is the only fit option in central midfield. A move for Cook would be clever business.

– Aston Villa midfielder Jack Grealish has been linked ever since May, but Tottenham might just have missed the boat on this one. With Villa having been taken over and so with no necessity to sell their assets, the asking price for Grealish has increased. Steve Bruce warned Tottenham that Villa will not sell on the cheap.

– The future of Wilfried Zaha has been called into question all summer, with Tottenham linked with a move during the World Cup. Unfortunately, Tottenham dragged their heels and have never actually made a concrete bid for Zaha. With Chelsea now interested and Zaha seemingly not pushing hard for a move – if Roy Hodgson is to be believed – Spurs are unlikely to get that one done.

– Another Premier League wide forward linked is Anthony Martial, who has made little secret of his desire to leave Manchester United. Tottenham would be a brilliant new home for Martial, but it will be damn difficult to make it happen. United have reportedly put a price tag of £70m on Martial, and Jose Mourinho is not prepared to sell him to a Premier League rival.

– Back in June, we were told that Tottenham were one of five clubs to declare their interest in signing Mateo Kovacic from Real Madrid. Kovacic certainly made it clear that he wanted to leave:

“I want to play more and the best thing is to leave Madrid. I love football and being on the pitch, I want the opportunity to be a starter for another team. If I do not play, I’m not happy.”

Last week, it was reported that Kovacic had rejected an offer from Manchester United because he did not like Jose Mourinho’s style of play. Would he be more convinced by Pochettino’s offer?

– It isn’t just adding to their current squad that Pochettino has to worry about. Last week, Sky Sports reported that Tottenham were prepared to listen to offers for Danny Rose, Toby Alderweireld and Mousa Dembele. That’s a scary thought for Spurs supporters.

– Alderweireld’s future is the biggest concern. With United choosing not to pursue interest in Harry Maguire and a move for Yerry Mina still not thrashed out, it’s pretty clear that Mourinho would love to sign Alderweireld. The chances of Tottenham caving in and accepting a £55m offer continue to linger. That would be disastrous for Tottenham.