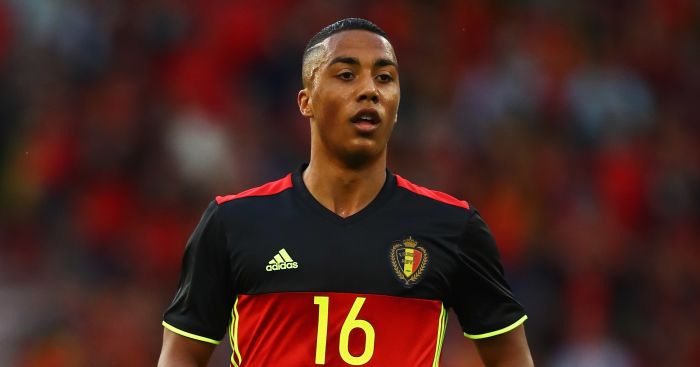 Youri Tielemans has joined Leicester on loan until the end of the season.

The Belgium international, 21, arrives from Monaco in a temporary switch, which sees Adrien Silva move in the opposite direction.

Silva, who has played just five times for the Foxes this season, heads to the Ligue 1 club until the end of the campaign.

Midfielder Tielemans featured for Belgium at last summer’s World Cup and has scored five times for Monaco this term.

“I’m really happy to be here and I’m excited to get started,” he told LCFC TV.

“I didn’t know that much [about Leicester] before their championship win in 2016. I knew recently there was some dramatic events, but I know the club is really good inside.

“It’s a big family. Everybody is really kind and really good with me. I think it will be really good here.”

Tielmans began his career with Anderlecht before moving to Monaco in 2017.

He is set to be involved in Claude Puel’s squad for the visit of Manchester United to the King Power Stadium this weekend.