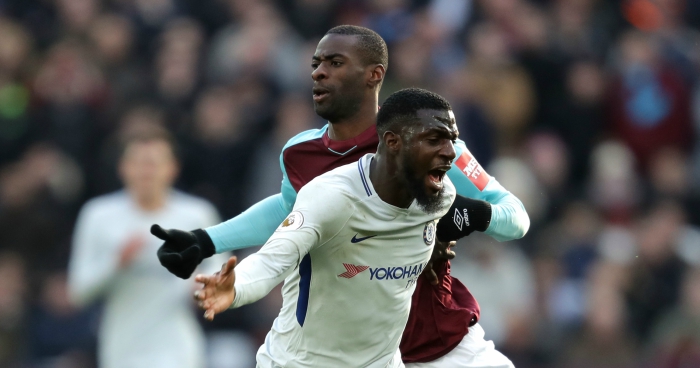 For the second time in a week, West Ham found themselves defending a first-half lead against one of the Premier League’s top three sides. But unlike against Manchester City, there was no sense of the inevitable. Chelsea were not capable of unlocking a packed defence, nor of breaking it down with sheer brute force.

The Blues entered this weekend with the knowledge that at least one of the two teams above them in the Premier League table would drop points in their next fixture. Sunday brings the Manchester derby, but Saturday provided Chelsea with an opportunity to put pressure on both City and United. They could not have chosen more presentable opponents than the side in 19th.

Yet they laboured at the London Stadium as David Moyes secured his first win as West Ham manager. Both he and his players deserve the utmost credit; his second win in 19 Premier League games is a priceless one.

As for Chelsea, they will still be counting the cost in the coming days. Liverpool, Arsenal and Tottenham will all look to exploit this slip and hunt the champions down in the race for a top-four place.

Late chances for Alvaro Morata and Eden Hazard aside, the visitors toiled against the top-flight’s worst defence. Adrian kept a clean sheet as Joe Hart watched from the bench, but the Spaniard had just two shots to save. Eleven Chelsea players registered at least one attempt on goal; none could make the difference.

To his credit, Antonio Conte tried. He brought on Pedro, Victor Moses and Willian all by the 64th minute – the earliest time he had ever made all three of his substitutes in his managerial career. The first change, bringing off the ineffective and struggling Tiemoue Bakayoko at half-time, still felt around 20 minutes too late.

“Hopefully Bakayoko will improve,” said a forlorn Frank Lampard in midweek, having witnessed another “sleepy” performance from the Frenchman against Atletico Madrid. But this was no improvement. In 45 minutes, Bakayoko did not make a single tackle, complete a single interception or create a single chance. He was a passenger on a ship already sinking to a disappointing result.

The 23-year-old was used in a more attacking position than usual behind Morata and Hazard, but this simply exposed his flaws. He looked clumsy, constantly causing moves to slow down or completely collapse.

Behind him, Cesc Fabregas and N’Golo Kante had to carry the entire midfield. Both created two chances and three dribbles, while Fabregas made seven tackles to Kante’s six. Bakayoko’s half-time removal for Pedro was inescapable: a player offering nothing in defence or attack is dead weight.

The problem for the manager now is to discover how best to use Bakayoko. Kante is the destroyer and Fabregas the creator, so where does Chelsea’s midfield third wheel fit in? And when Hazard and Morata are incapable of providing attacking impetus against more defensive sides, who else is capable of shouldering that burden?

Against a central midfield of Pedro Obiang and Mark Noble, three of Chelsea’s four most expensive central midfielders ever struggled to keep the pace, while the fourth, Danny Drinkwater, is yet to overcome his fitness troubles. Even with such diverse talent in his arsenal, Conte is failing to find the best formula.