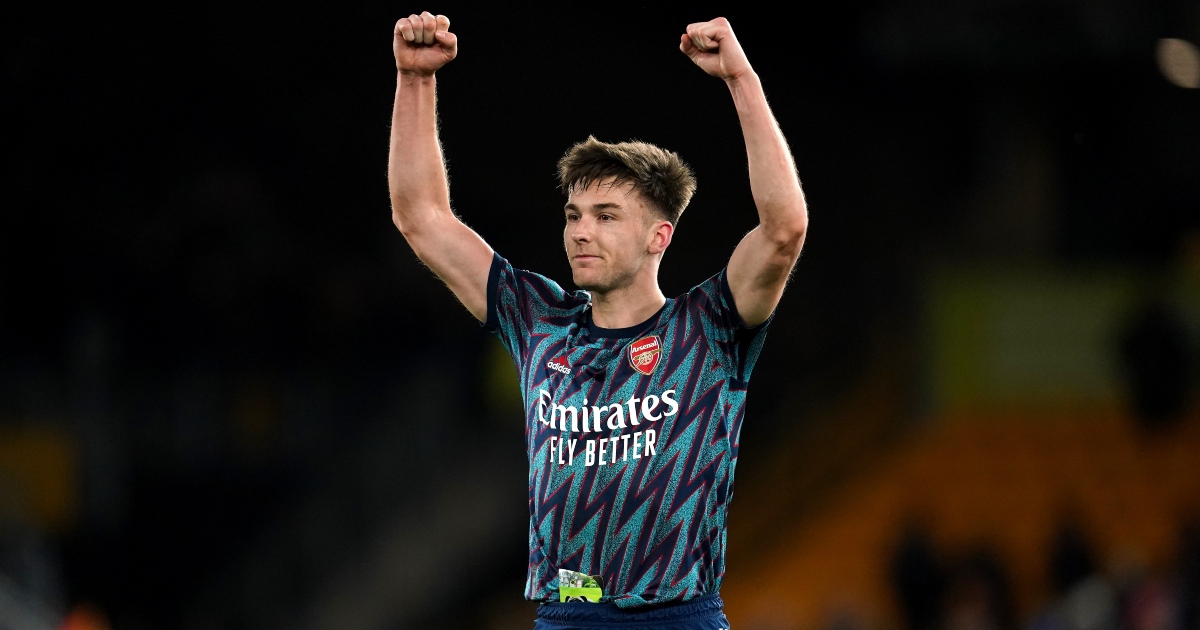 Kieran Tierney has hinted that Arsenal used criticism from Ruben Neves to help them come from behind and beat Wolves 2-1 on Thursday night.

Gabriel’s first-half goal gave Arsenal a 1-0 victory at Molineux on February 10 after surviving for the last 21 minutes with ten men.

But Wolves midfielder Neves was not happy with the way Arsenal celebrated at the end of the match, with the Portuguese midfielder saying it was like they had “won the league”.

On Thursday night, the Gunners won again despite Wolves going ahead through a Hwang Hee-chan goal after Gabriel had gifted him a chance to score.

Arsenal hit back through Nicolas Pepe, just 11 minutes after he came off the bench, before  Jose Sa palmed Alexandre Lacazette’s effort into his own net in the closing stages.

On the Arsenal players  being aware of Neves’ comments before the match on Thursday, Tierney told Arsenal’s official website: “Yeah, we would have been for sure. Obviously everyone knows the comments that were made.

“So we knew they were going to come out and try to beat us, and get their revenge. But we stood up to that challenge.

“They had a good start and got the goal they needed and wanted. But after that we controlled most of the game.”

Ian Wright was far from happy at Neves’ comments earlier this month, he said on his own podcast: “I was vexed with Neves, coming out and saying ‘look at how Arsenal are celebrating’.

“What’s wrong with you?

“That’s an unbelievable result for Arsenal the way that you lot have been playing. 1-0 nil down with ten men away from home and we get the goal [win]. That is cause for celebration!”

On the victory, Tierney added: “It’s a massive win, massive three points. Coming from behind isn’t easy in this league, especially against a team like Wolves.

“So we showed character tonight, we showed mentality, and I think we got what we deserved in the end.

“We never gave up for one second. As I say, a few of us believed we were going to get that goal, most of us believed. I think when you’ve got the belief anything can happen. That showed tonight.”