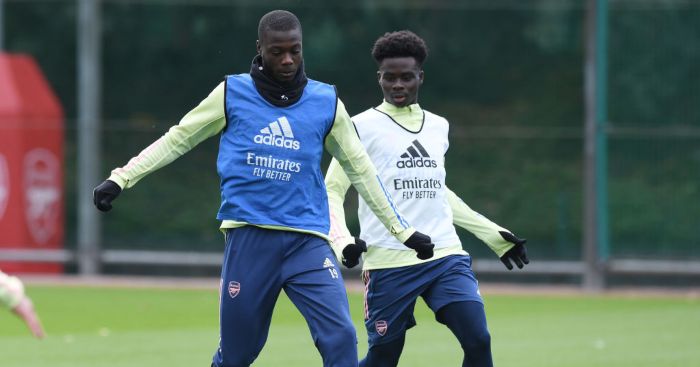 Former Tottenham midfielder Tim Sherwood has questioned the signing of Nicolas Pepe as Arsenal already had a “better player” in Bukayo Saka.

The Gunners’ record £72million transfer struggled under Unai Emery and has failed to make a siginificant impression under Mikel Arteta.

Pepe has started two of his eight Premier League appearances this term, scoring one goal and Sherwood is confused by the recruitment at Arsenal.

“You’re reliant on one guy, Aubameyang, to score the goals. That is your whole game plan. You sit in, get the ball to Aubameyang – who was absolutely on fire, who was scoring goals after goals after goals – and they were keeping clean sheets because he made them a little bit tighter.

“Now, he has to find a different way. Aubameyang has scored two goals all season. Only the bottom three have scored less goals than Arsenal.

“It’s impossible for that to be the case. Yes, their recruitment has been bad but it was bad under Unai Emery as well and Unai Emery took them to a Europa League final.

“So I’m not sure we can keep changing managers, we need to change the structure, the philosophy of the football club and that starts with your manager and your sporting director working hand in hand to try and recruit better players.

“They spent £75million – a record signing – on Pepe when they had the boy Saka coming through the academy, who is a better player than him. How can that be right?”