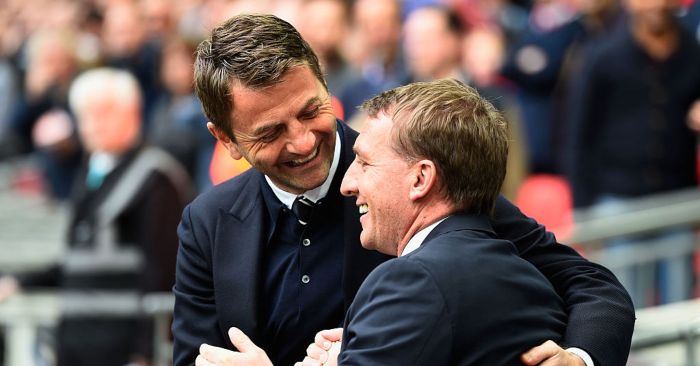 Tim Sherwood believes beating Liverpool in the 2015 FA Cup semi-final “was probably the worst thing we could have done” at Aston Villa.

Sherwood has not returned to management since his eight-month reign at Villa Park came to an end in October 2015.

Villa were relegated from the top flight for the first time since 1987 that season, guided to one of the worst Premier League campaigns in history by Remi Garde and caretaker Eric Black.

Sherwood had taken the club to safety by three points the previous season, also taking them to the FA Cup final.

Would Tim Sherwood have taken Tottenham to the CL final?

Villa were crushed by Arsenal at Wembley but reached the showpiece with a memorable 2-1 win over Brendan Rodgers’ Liverpool, with Jack Grealish playing a starring role.

“It’s a mad house of a job,” he told the Daily Mail. “Do I want to put myself back in that firing line? If I feel I’ve got a realistic chance of succeeding, then I will do it.

“I loved my time at Villa. When I first went in there, we were struggling, in the relegation zone, then we managed to steer clear. We got to the final, which was probably the worst thing we could have done.

“It raised expectations. The owner there, Randy Lerner, is entitled to feel how he wants. But he felt that if you can get to an FA Cup final, and outplay Liverpool along the way at Wembley, then surely you can stay in the league.

“He had his ideas on recruitment, and he moved the goalposts. I used to say to Randy: ‘You want to put decorations on a Christmas tree with a tree you haven’t got.’

“It was like me being the director of a film and him giving me the actors to work with.”