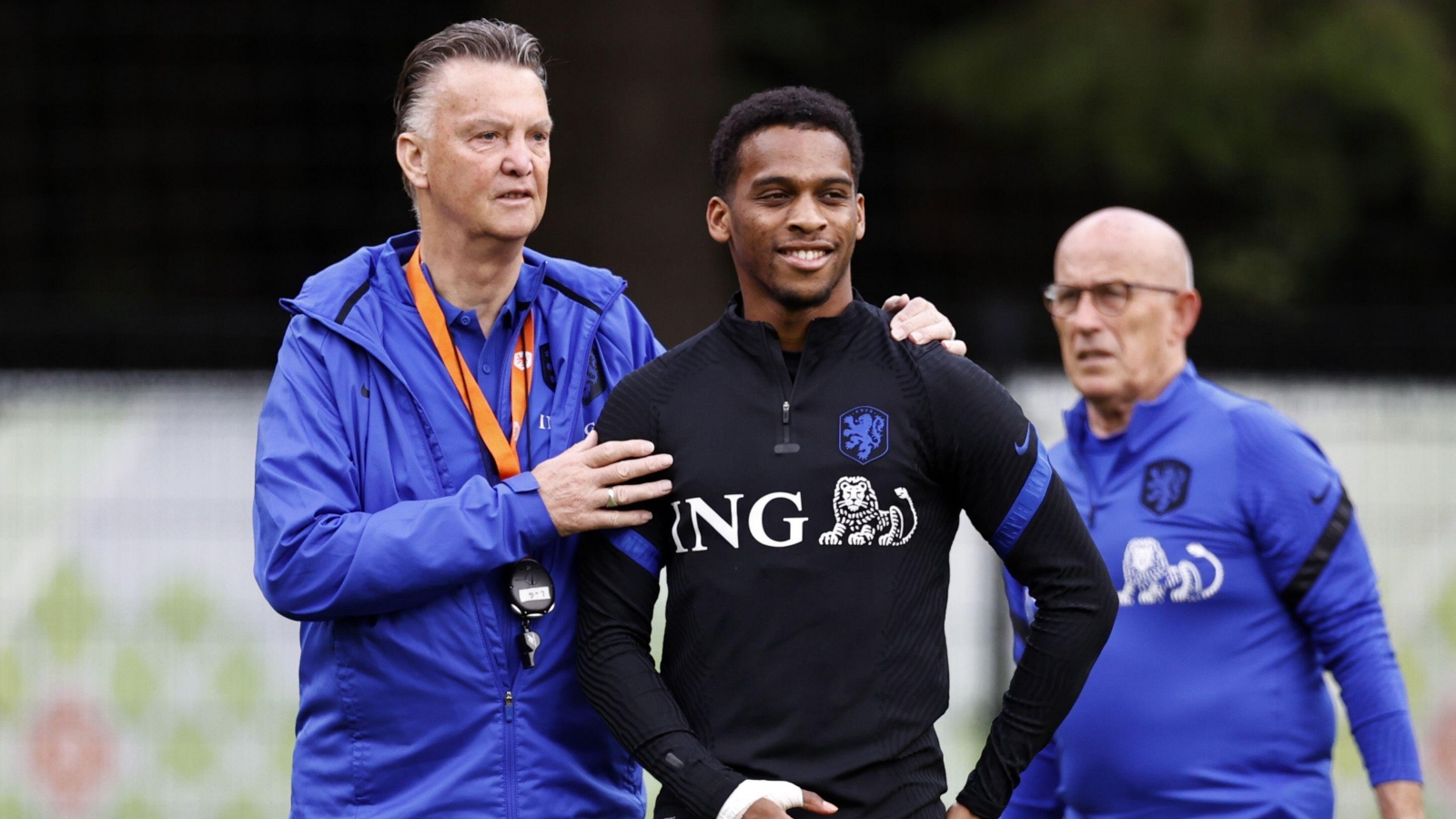 Ajax defender Jurrien Timber has said it is not true that Netherlands boss Louis van Gaal advised him against moving to Manchester United.

Timber was one of the first players linked with a move to Old Trafford after Erik ten Hag took charge of the Premier League club.

A host of Ajax players left in the summer transfer window, but Timber stayed put, while he watched Antony and Lisandro Martinez move to United.

In fact, the 21-year-old penned a new contract last month, to keep him in the Dutch capital until 2025.

The eight-cap Netherlands defender was believed to have snubbed a transfer to the Red Devils after being told to do so by his manager for the national team, Van Gaal.

Van Gaal – who managed United between 2014-2016 – reportedly warned Timber that he would not play enough at Old Trafford which would jeopardise his chances of being named in his World Cup squad.

What we do know for sure is that Van Gaal said this in June: “I think a player of his quality can play in the Premier League. That is not a problem.

These comments were evidently taken out of context as people decided to claim Van Gaal was the main reason Timber opted to stay at Ajax.

And the man himself, the only person who truly knows what happened, has come out and said reports that Van Gaal told him not to move to United were fake.

“Many things that are written in the media are false,” Timber told Dutch outlet AD.

“Like when people say that it was Louis van Gaal who told me not to go to Manchester United. He actually said I would make minutes there.”

The Brazilian winger’s transfer was the largest fee an Eredivisie club has ever received.

“I think we have a lot of good players in the group, but it’s up to Ajax to say whether he should be replaced,” Timber told NOS.