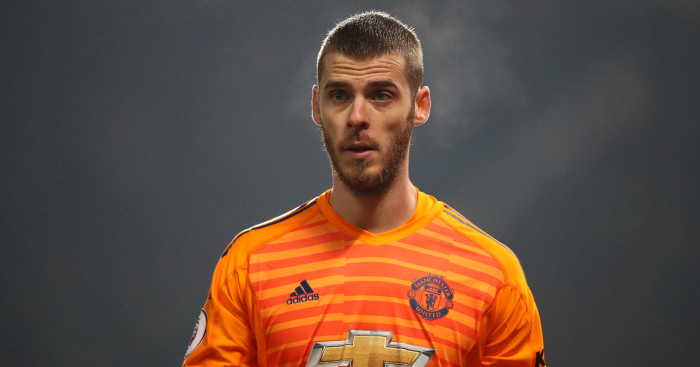 Bournemouth v Liverpool
Strange time of year this. Indeed the couple of weeks before the fat man comes are among my least favourite on the calendar. Take the following conversion I had after calling round my mam’s after work last night:

“Can I eat anything in the fridge?”

“No it’s for Christmas.”

“There’s some bread in the bin.”

“No that’s for Christmas. The actual bin.”

The Merseysiders won this fixture 4-0 last season but it’s bound to be closer this time around as in Callum Wilson and Ryan Fraser, Bournemouth have two of the stand-out performers of the season so far. Jurgen Klopp’s gamble to rest players against Burnley paid off in the end and, with the big boys back for this, you would have to say that Liverpool and goals looks the bet.
Betting: Liverpool to win and both teams to score at 41/20 (888 Sport)

Arsenal v Huddersfield Town
Unai Emery’s Gunners are now unbeaten in 20 matches in all competitions following that breathless draw at Old Trafford. Their play has been brilliant at times and they are clearly due to give somebody an absolute tea-bagging very soon. Huddersfield, who have scored just 10 goals in 15 games, could be the unlucky recipients.
Betting: Arsenal (-2) to win at 9/4 (Betfair)

Burnley v Brighton
Both Premier League meetings between these teams finished goalless last season but Burnley are almost unrecognisable from the side who ended up securing European football last term. The bookies are struggling to split the teams but 7/4 about a Brighton win is definitely decent against a Clarets side who’ve lost six out of their last seven.
Betting: Brighton to win at 7/4 (Betfair)

Cardiff City v Southampton
I’m not sure whether Southampton’s new manager will have the tactical acumen to keep them in the top flight. But it sure is going to be a lot of f**king fun watching Merse, Thommo, Champagne Charlie and the boys getting to grips with saying Ralph Hasenhuttl over the next few weeks. We like the home win here, as Neil Warnock’s side have started to get some momentum and must be buzzing to be outside the bottom three after 15 matches.
Betting: Cardiff to win at 37/20 (888 Sport)

Manchester United v Fulham
Jose Mourinho is clear favourite at 2/1 to become the next Premier League manager to leave his post and if his United side lose to bottom-place Fulham it will surely be adios won’t it? Three wins in their last ten top-flight games is simply not acceptable for a club of their size and and squad of their wage bill. They are 4/11 favourites to beat the Cottagers but given how toxic the atmosphere at Old Trafford has become of late, one would much rather be on Claudio Ranieri’s side at just shy of 10/1 instead.
Betting: Fulham to win at 19/2 (Betfair)

West Ham v Crystal Palace
Manuel Pellegrini’s side can round off the perfect week with a local derby success against Palace. The Hammers have really been at it in their last two games so 13/10 here looks sensational.
Betting: West Ham to win at 13/10 (Betfair)

Chelsea v Manchester City
Manchester City have won seven Premier League matches on the spin and can show they are the best team in England by romping to victory at Stamford Bridge. After a fantastic start Chelsea have stuttered in recent weeks, losing to Tottenham and Wolves, and are surely going to struggle defensively against a City with so many attacking options. Leroy Sane for example has had a hand in an eye-watering 37 Premier League goals for Manchester City since the start of last season, scoring 17 and laying on 20 assists. Tasty.
Betting: Manchester City to win to nil at 13/5 (bet365)

Leicester City v Tottenham
Leicester have been tough to beat in recent weeks but Spurs need a win here to try and keep pace with the top two. It’s 57 years since they won the title and while a glance at the table suggests they won’t be ending that particular drought any time soon, they have enough quality to get past teams such as Leicester. Harry Kane is a 16/1 poke to score a hat-trick this weekend and frankly, we like those apples.
Betting: Kane to score a hat-trick at 16/1 (bet365)

Newcastle United v Wolves
Hope springs eternal among Newcastle fans that Mike Ashley may finally be about to sell their treasured club after more than a decade of turmoil. So just what is the difference between a kangaroo and a kangaroot? One is a kangaroo. The other is a Geordie stuck in a lift.