Home Arsenal Time to go: The player at every club who needs a move 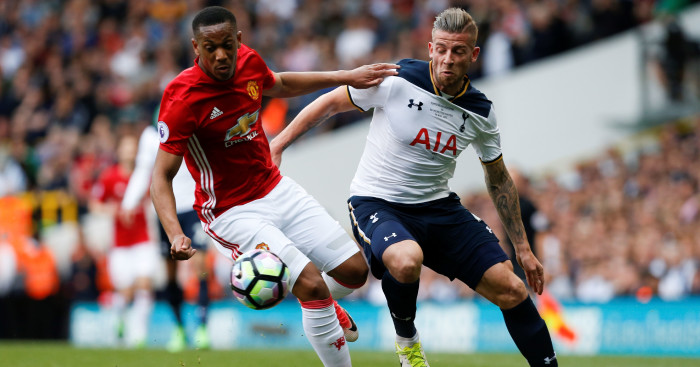 And we’re talking permanent rather than loan moves here. Who should be desperate to get a new home after things have gone stale?

Arsenal – David Ospina
Why the need?  The arrival of Bernd Leno leaves one senior goalkeeper too many at the Emirates. Either Ospina or Cech surely has to make way and, despite far-fetched talk of a return to Chelsea for Cech, it’s the Colombian who looks likeliest to depart.
Where’s the good fit? Fenerbahce and Boca Juniors have both been strongly linked. Both sound enormously plausible.

Bournemouth – Harry Arter
Why the need?  This one makes us sad. He’s been an integral part of Bournemouth’s rise, but last season he lost his place in the team through injury and couldn’t win it back when his fitness returned. David Brooks’ arrival potentially pushes Arter further down the pecking order. For the sake of his international career it might be time to move on.
Where’s the good fit? Trying to help Swansea get straight back into the Premier League could work.

Brighton – Sam Baldock
Why the need?  Dropped out of first-team contention completely last season. Not the way forward for a 29-year-old.
Where’s the good fit? Reading have been strongly linked and, be honest, if I told you he’d actually joined Reading 18 months ago you’d probably believe me.

Burnley – Tom Heaton
Why the need?  A lot of things changed with that shoulder injury, didn’t they? Nick Pope stole Tom Heaton’s life, starting with his Burnley spot and then his England squad place. It’s unthinkable for Burnley to drop Pope now, and Heaton surely can’t be an understudy.
Where’s the good fit? Anyone outside the top six in need of a keeper could clearly do far worse.

Crystal Palace – Christian Benteke
Why the need?  Maybe there isn’t. Maybe last season was a blip and everything will be fine. But Lord knows neither Benteke nor Palace can afford another season like last. Three goals in 30 games. Pity penalties. Awful business.
Where’s the good fit? A very, very good player now struggling to really hack it in a top league? Christian, allow me to introduce you to the Chinese Super League.

Chelsea – Ruben Loftus-Cheek
Why the need?  Another transfer window, another midfielder arrives to block RLC’s Stamford Bridge path. Jorginho the latest obstacle, and while the Palace loan was a success the time to break free of the Stamford Bridge shackles for good is surely upon us. He’s 22, and there’s an England place there for the taking. See ladder.
Where’s the good fit? Is he ready to replace Mousa Dembele at Spurs? Would Chelsea even countenance such a thing? Everton could do with a proper midfielder to sort out all those No 10s. And, of course, Palace seemed to work out pretty well last year.

Everton – Kevin Mirallas
Why the need?  Started two Premier League games last season: a 2-0 defeat at Leicester, and a 4-1 defeat at Southampton. Spent the second half of the season on loan at Olympiakos, scoring two goals in 13 games. Did score five goals the other day, mind.
Where’s the good fit? He wants to go back to Olympiakos. They might be less keen.

Fulham – Rui Fonte
Why the need?  Three goals in 27 Championship appearances doesn’t suggest a player about to take the Premier League by storm.
Where’s the good fit? You were good at Braga. Remember Braga? It was lovely there, and the stadium is kick-ass.

Huddersfield – Michael Hefele
Why the need?  There are downsides to progress. A massive fan favourite from the promotion campaign, but just not good enough to make the step up. Made one appearance in August, another in February, and that was the sum total of his Premier League experience.
Where’s the good fit? West Brom have been linked. Perfect. The correct level and he looks good in stripes.

Leicester – Islam Slimani
Why the need?  Scored one Premier League goal in 12 appearances last season for the Foxes before heading off to Newcastle on loan. He’s unlikely to get more chances.
Where’s the good fit? Could head back to St James’ Park. Fenerbahce have been linked and, as with all PREMIER LEAGUE FLOPS looking for a way to ESCAPE THEIR [TEAM X] HELL, seem like a good fit.

Liverpool – Daniel Sturridge
Why the need?  “I see myself staying at Liverpool, hopefully being part of the team week in, week out.” Does anyone else? Simon Mignolet needs to get out of there as well, really.
Where’s the good fit? Not West Brom.

Manchester City – Eliaquim Mangala
Why the need?  City have spent the last three years trying to shift the centre-back without success. Take the hint, man. The serious injury in his second game on loan at Everton means City and Mangala may be stuck with each other for a while yet – and his contract’s up next summer.
Where’s the good fit? The 2016 loan move to Valencia seemed to go relatively okay. Let’s say there.

Manchester United – Anthony Martial
Why the need?  Jose Mourinho is no good for you, Anthony. He doesn’t appreciate you. You can do better.
Where’s the good fit? Anthony Martial at Tottenham could be absolutely lovely. It’s a shame those player-plus-cash deals never, ever actually happen because with Martial and Alderweireld (see below) it really could work.

Newcastle – Aleksandar Mitrovic
Why the need?  Not wanted by Newcastle, the club where dreams go to die, but absolutely crucial to Fulham’s successful promotion campaign during his loan spell at Craven Cottage.
Where’s the good fit? Fulham, obvs.

Southampton – Sofiane Boufal
Why the need?  The £16m man fell out with Mark Hughes after refusing to warm up during April’s 3-2 defeat to Chelsea. The rift has not healed, and Boufal was left out of the Saints’ pre-season trip to China.
Where’s the good fit? A return to France seems the likeliest outcome here. Nice have been linked and that seems nice.

Tottenham – Toby Alderweireld
Why the need?  Contract dilly-dallying has incurred the wrath of Poch, with Davinson Sanchez replacing Alderweireld in his affections. Played more World Cup games than Spurs games this year. That’s no good for one of the best centre-backs in the world.
Where’s the good fit? Pretty much anyone would be happy to have him. Manchester United seem keenest. Spurs, as ever, might prefer to convince him of the charms of various continental locations, unless they can get Martial chucked in to any deal.

Watford – Younes Kaboul
Why the need?  Injuries wrecked his 2017/18 season. He returns to find Watford’s defensive ranks significantly swelled.
Where’s the good fit? Any of the ‘smaller’ Premier League clubs looking for an experienced defender who knows his way around the league could do worse, I suppose. Or maybe after a decade in England it’s time for the big man to head home to France.

West Ham – Edimilson Fernandes
Why the need?  Started only nine Premier League games last season in an area of the pitch West Ham have strengthened this summer.
Where’s the good fit? Sampdoria have been linked and have a Lucas Torreira-shaped hole in their midfield.

Wolves – John Ruddy
Why the need?  They’ve signed Portugal’s No. 1.
Where’s the good fit? Kept 24 clean sheets in 45 appearances as Wolves stormed to the Championship title, so shouldn’t be short of second-tier takers if he doesn’t fancy a year on a Premier League bench – and at 31 after a year like 2017/18, he should want to be playing, really.