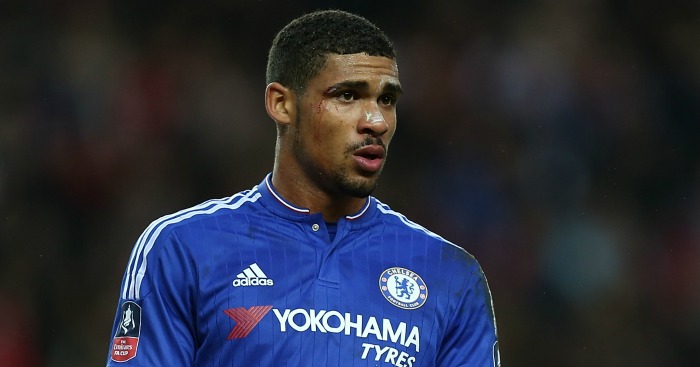 The 2015 Premier League title. The 2012 Champions League final victory. The league and Cup double of 2010. The 4-0 victory over Aston Villa. With regards to the most memorable days in the 111-year history of Chelsea Football Club, April 2, 2016 has taken its rightful place. The debut of John Terry’s natural replacement, Matt Miazga. Not only an appearance, but a goal from Alexandre Pato. The sight of John Obi Mikel momentarily turning into Lionel Messi in the first half. Branislav Ivanovic being entrusted with a free-kick from 20 yards out. That Championship-bound Aston Villa represented the opposition should not remove the gloss from this match as Guus Hiddink’s farewell tour enters its final throes.

“We now have eight games coming up, and there’s not much to win for Chelsea anymore. I don’t give any player guarantees, but there is room to experiment,” was the message earlier this week from Hiddink, whose departure will herald a new chapter for the Blues this summer. With Champions League qualification no longer a possibility, and an FA Cup trophy out of reach, Chelsea do indeed have nothing to win. But they also have nothing to lose.

Enter Ruben Loftus-Cheek. The midfielder was impressive against Villa on Saturday, scoring his first league goal in professional football. The generosity of the hosting defence almost precipitated another. The Blues academy product will be satisfied with a performance that many a journalist will have learned one of five things from, but will the promise finally be fulfilled?

The statistics are oft-told. Not since Terry has a Chelsea player risen through the youth ranks to establish themselves in the first team. In the 18 years since Terry’s debut, the Blues have failed to oversee the full development of a single youngster. The central defender’s Stamford Bridge career could be drawing to a close, and yet his successor has still not been identified.

For years, Loftus-Cheek has been highlighted as the most likely candidate. The midfielder has been with Chelsea since the age of eight, progressing through each age group, adding to his burgeoning reputation each time. Having made his debut as an 18-year-old in a Champions League group game in 2014, it was expected that such development would continue as part of the senior squad.

It has not been quite so simple. Saturday represented Loftus-Cheek’s second Premier League start. It was just the second occasion on which he has completed the full 90 minutes. His progress undeniably stalled under former manager Jose Mourinho, but Loftus-Cheek failed to get out of first gear himself.

The reverse fixture against Villa in October saw Loftus-Cheek’s rise shudder to a sudden halt. “I think he has to look to the intensity and the defensive tactical work that people like Ramires, (Cesc) Fabregas did and he didn’t,” said Mourinho post-match, explaining why he removed the midfielder after 45 minutes of the 2-0 win. Loftus-Cheek had been handed his chance, but subsequently squandered it.

“Ruben was saying he had a pain in his back but what I was feeling was that he only had this pain when Sydney had the ball,” said Mourinho in the summer, following a victory in pre-season. “When Chelsea had the ball he was playing very well but when Sydney had the ball I think he was more impressed by watching [John] Mikel Obi and [Nemanja] Matic work, instead of him working himself. So, with Ruben, it’s one step back in terms of my relationship with him. If he doesn’t know what it means to play for me and Chelsea, it’s one step back.”

On Saturday, it was a long-awaited step forward. Loftus-Cheek impressed as a No 10, scoring once and threatening numerous other times. In the second half he dropped into a deeper role, and showed a control that has been previously lacking in his game. Just three players made more passes throughout, and only two had a higher pass success rate.

Since that debut as a substitute against Sporting Lisbon, Loftus-Cheek has played just 11 games. The clamour from those at the club for him to be a success is understandable; he is homegrown and evidently talented. But the expectation of becoming the club’s first local hero in nearly two decades is a heavy burden to carry. Now the Mourinho-shaped excuse has been removed, Loftus-Cheek has a wonderful opportunity in the final seven games of the season to step up and find consistency.

Held up as the shining light of the Chelsea academy, the 20-year-old has struggled to deliver on his promise, partly through his own fault, partly through the volition of his former manager. As his club enter a new era, this could be the perfect storm for Ruben to reach the Loftus heights that have been predicted.