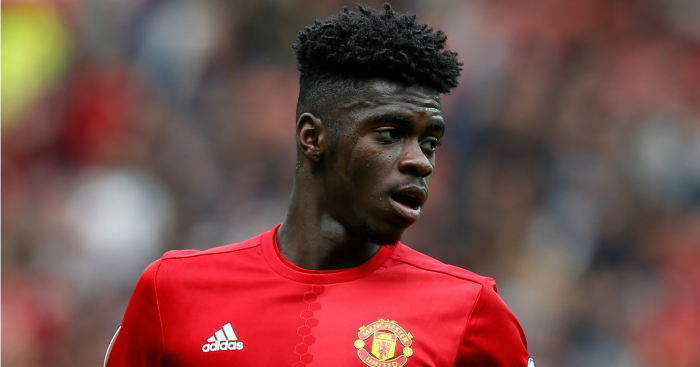 Arsenal: Rob Holding
Progress so far: Pretty impressive. Holding broke into Bolton’s team at the age of 20, and was signed by Arsenal after a single season. After a slow start at the Emirates, he became a key player at the end of 2016/17.
Chances of kicking on: Very high. If Arsene Wenger keeps Arsenal’s back three, Holding will hope to be a regular member. He’s better than Cannavaro, after all.

Brighton: Nobody
Progress so far: That’s not me being deliberately churlish, but the thoughts of Brighton supporter David Hartrick. Solly March is probably the only young player likely to break into the team, and he turns 23 this month.
Chances of kicking on: You can understand the difficulty. any player that didn’t manage to break into the team in the Championship is surely unlikely to make that leap in Brighton’s first Premier League season.

Chelsea: Andreas Christensen
Progress so far: Supreme. Christensen impressed everyone with his maturity and will to learn during a two-year spell at Borussia Monchengladbach, which included Champions League football.
Chances of kicking on: The acid test of Chelsea’s pathways from the academy to first team. Christensen could have done no more to impress and Antonio Conte plays three central defenders, which makes the expensive links to Antonio Rudiger both predictable and sad.

Crystal Palace: Sullay Kaikai
Progress so far: Difficult. Kaikai made only one league appearance last season, and that on the final day against Manchester United. Now 21, he has been loaned out five separate times.
Chances of kicking on: Better under Frank de Boer than Sam Allardyce, but we’re still not emphatically confident. Another Championship loan is more likely.

Everton: Ademola Lookman
Progress so far: Earned his Premier League move from Charlton Athletic in January and scored against Manchester City on his debut, but then the minutes dried up.
Chances of kicking on: High after impressing for England’s Under-20s this summer. Lookman will be knocking down Ronald Koeman’s door to be given his chances this season.

Huddersfield Town: Izzy Brown
Progress so far: A proud member of Chelsea’s loan army, doing his service at Vitesse before loans to Rotherham and Huddersfield last season. Looked the business at Championship level, but can he make the step up?
Chances of kicking on: Loan players are excluded from this list and Brown is currently a Chelsea player, but Huddersfield don’t have a great deal of young players likely to make the grade this season and are considering an £8m permanent move.

Leicester City: Ben Chilwell
Progress so far: Given the links to Liverpool last summer, we should already be discussing a Premier League regular. Yet Chilwell started only seven league games last season, kept out of the team by Christian Fuchs.
Chances of kicking on: Hopefully high. This is the season for 20-year-old Chilwell to kick on. Fail to do so and he will surely be itching for a move away from the East Midlands.

Liverpool: Joe Gomez
Progress so far: Given the amount of coverage given to Gomez, it seems incredible that he has only played five league games for Liverpool. Serious injury curtailed his hopes for 2016/17, but at 20 he will be looking to rebound strongly.
Chances of kicking on: Positive news came with recent claims that Jurgen Klopp will reject all loan bids for Gomez. That makes a young player feel special.

Manchester City: Aleix Garcia
Progress so far: Four Premier League appearances in two seasons since moving from Villarreal. Still, not being loaned out (yet) is a promising start.
Chances of kicking on: Hard to see Garcia becoming a regular – and he could be loaned out – but it’s better being a defensive midfielder than any other position at Manchester City.

Manchester United: Axel Tuanzebe
Progress so far: Still just 19, Tuanzebe started Manchester United’s last four games of the league season and has been promoted to the first-team squad without being loaned out.
Chances of kicking on: Jose Mourinho reportedly pulled Tuanzebe out of the England Under-20 squad in order to keep him fresh at the end of last season. Is he now the back-up to Antonio Valencia at right-back?

Newcastle United: Rolando Aarons
Progress so far: We’ve been talking about Aarons for too long in terms of what he can be rather than what he is. Managed only 77 league minutes in the Championship last season.
Chances of kicking on: Slim to none. Rafael Benitez wants to make a number of additions to his Newcastle squad, which is only going to make things tougher. Sorry.

Southampton: Matt Targett
Progress so far: Another player who has been talked about more than he’s played, Targett only managed five league appearances last season due to a frustrating hamstring injury. The left-back needs regular football this season.
Chances of kicking on: That rather depends on what happens to Ryan Bertrand. Should Bertrand leave – and that is a possibility – Targett will hope to make the position his own.

Stoke City: Ramadan Sobhi
Progress so far: Ask a fair number of Stoke City supporters what the most frustrating aspect of their 2016/17 was, and they will grumble for several minutes about the lack of minutes given to new signing Sobhi. That’s indicative of Mark Hughes’ safety first approach.
Chances of kicking on: Has to be better. Sobhi is one of few young and exciting players at Stoke. Scratch that, he’s the only young and exciting players at Stoke.

Swansea City: Oli McBurnie
Progress so far: The only player currently aged 21 or under to play a minute for Swansea last season was striker Oli McBurnie. So he’s the only option.
Chances of kicking on: Not good. Having Jordan Ayew, Fernando Llorente and Borja Baston ahead of him was hard enough, but now it looks like you can add Tammy Abraham to that list.

Tottenham: Harry Winks
Progress so far: A straight and difficult choice between Winks and Josh Onomah, but Winks wins out. Started only three league games last season, but at the age of 21 will now want to kick on.
Chances of kicking on: Has to move aside one of Eric Dier, Victor Wanyama and Mousa Dembele to start in central midfield. It’s a tough ask, and Winks’ chances may come in both domestic cup competitions.

Watford: Isaac Success
Progress so far: Signed for a fee of over £12m from then-Pozzo owned club Granada, and started only two league games in a season affected by injury.
Chances of kicking on: I’m not convinced Success can be a, well… success. His initial displays were tentative and I wouldn’t even be surprised if he was loaned out for the season.

West Brom: Sam Field
Progress so far: Touted as a wonderkid, Field made his Premier League debut in May 2016 a week after turning 18. He started four league games last season.
Chances of kicking on: Tony Pulis loves young players like a fat kid loves quinoa, so Field is likely to struggle. He needs to be so good that he cannot be ignored.

West Ham: I don’t want to be pessimistic, but…
Progress so far: Reece Oxford has been loaned to Borussia Monchengladbach. The only other two players aged 21 and under to start a PL game for West Ham last season were Ashley Fletcher and Edimilson Fernandes. One played 28 times last season and so isn’t eligible, and the other is Ashley Fletcher.
Chances of kicking on: “I think we all have to except [sic] that it is extremely unlikely that a teenager will break into a PL team full of seasoned international [sic]. Playing teenagers doesn’t guarantee success. Hull came fifth (in number of youngsters played) and got relegated. Chelsea came last and won the league” – David Gold.