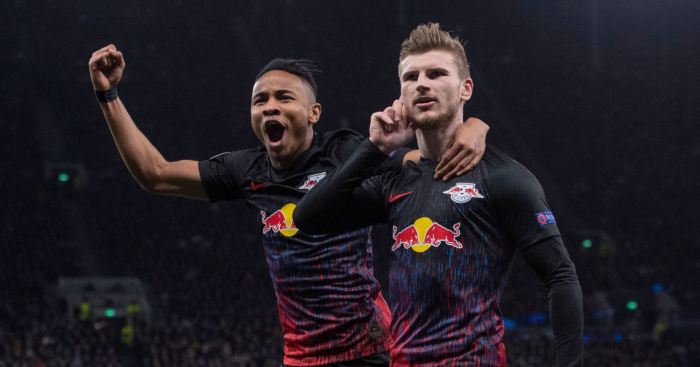 A report in Germany claims that Chelsea are paying €10m less for Timo Werner than the widely reported fee.

Frank Lampard’s men appear to have won the race for Werner after reportedly meeting the £54m exit clause in his contract, with the Germany forward agreeing a massive £9m-a-year-package to move to Stamford Bridge.

Liverpool had been strongly linked for months with a move for the 24-year-old with speculation rising since his return to Bundesliga action in the past few weeks.

Werner was described as ‘absolutely desperate’ to move to Anfield, while Jurgen Klopp was said to have tried to persuade Liverpool’s board to match his release clause.

There were claims in Bild that the deal proved too expensive for Liverpool’s liking as they refused to pay his release clause and that’s why they have pulled out of a deal.

The Athletic said this morning that Klopp failed to persuade Liverpool owners FSG to part with £54m during a global pandemic, so called Werner straight after to stress that the reason they would not sign him was ‘purely financial’. He ‘accepted the explanation and the two men remain on good terms’.

However, Kicker (via Sport Witness) claim that instead of paying the widely reported €60m (£54m) release clause, Chelsea will only pay €50m (£45m).

The German publication say that this is the true exit clause and that Chelsea are in negotiations as they see if they have to pay it upfront or in two chunks.

Chelsea are in the ‘last modalities’ of talks with everything set to be completed next week when Werner  will ‘make use of’ his release clause.