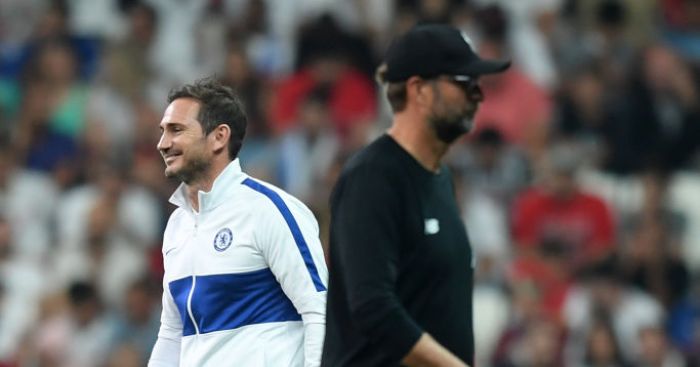 Timo Werner is a bit rubbish and Liverpool were right not to sign him.

That seems to the common consensus in certain quarters anyway. The ‘never fancied him anyway’ brigade have been out in full force, from Robbie Fowler to Stan Collymore, and even the bloody Mailbox.

But have Chelsea actually stolen a march on the Premier League leaders? Did Liverpool need Timo Werner? Does Mark Smith realise the German is actually three years older than Tammy Abraham?

They are the pressing issues on this week’s Football365 Isolation Show, during which host Mark and deputy editor Matt Stead pretend they know even the slightest thing about the Bundesliga.

Both are impressed by Chelsea’s coup but Mark fears for the first-team chances of Abraham. Matt reckons that is just the nature of football.

But one thing is clear: Frank Lampard will be judged differently next season and beyond. After a free hit of a season, such statements in the transfer market open him up to a different form of criticism.

Liverpool did need Werner, mind. Mark and Matt wonder whether they are striking a balance between continuity and churn.

With the boring matter of discussing actual relevant news out of the way, both present to us their underrated five-a-side teams.

After the overrated offerings of last week, there is a more British feel to these teams. Who knew both loved Brexit so much?

Drawing on a recent top ten, everyone from David James to Olivier Giroud get a shout out. Lovely.