While Werner expects a big challenge ahead in England, he also believes his attributes will suit the PL. 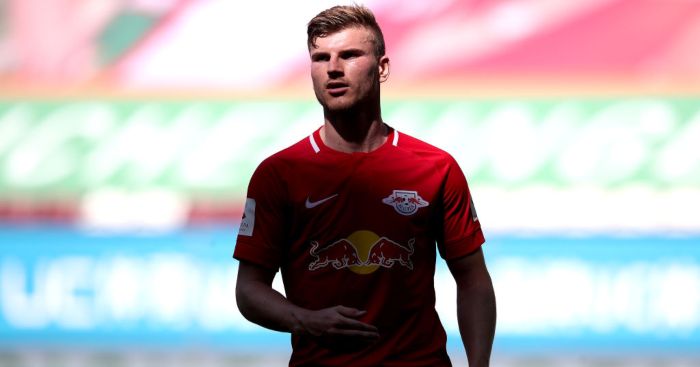 Timo Werner has revealed Frank Lampard was the “main point” to him joining Chelsea in the summer transfer window.

The prolific Germany striker has completed his £54million switch from RB Leipzig and started training with the Blues this week.

The 24-year-old’s services were in high demand this year, but Chelsea pulled off a major coup by convincing him to move to west London.

And Werner admitted Blues boss Lampard was the top draw in his decision to head to Stamford Bridge.

“He was the main point; we talked a lot about things like system, like how he wants to play and sees me playing, and how the system fits to me,” said Werner, of Lampard.

“He is a really nice guy who not only told me what he wants from me as a player because he wants to help me as a guy. He knows me now a little bit better and it fits very good between us and now I am happy to be here.

“When you have a decision to go from your old club and you come to a big club like this, it was for me a dream which came true because Chelsea is a very big club.

“I know of the players before when they won the Champions League with (Didier) Drogba, with my new manager Frank Lampard, Petr Cech as the technical advisor, it is like a little dream for me but I want to become, not a same player like them, but I want to be part of a new era here so I will play to try to give my best.”

Werner’s fellow new recruit Hakim Ziyech also admitted after joining from Ajax that Lampard’s influence swung it for him to head to Chelsea.

And as the Blues look to accelerate their squad rebuilding this summer, the former England midfielder at the managerial helm could easily help lure a clutch of further high-profile recruits to Stamford Bridge.

While Werner expects a big challenge ahead in England, he also believes his attributes will suit the Premier League.

“The style of the Premier League is very fast and my speciality is that I am really fast so I think it is perfect for me to play here,” Werner told Chelsea’s official club website.

“It is another league in another country so I can improve myself to bring it to another level, so those are the reasons I come to the Premier League and to Chelsea.

“I’ll try to score as much goals as I can for Chelsea, that is the big reason why they bought me, to bring the goals I scored in Leipzig here, and maybe score more goals than there.

“The first day is always a little bit crazy because you don’t know everybody so much. And not only the team, it is always a pleasure to meet the team behind the team the first time and now I am very happy and excited to meet them.”