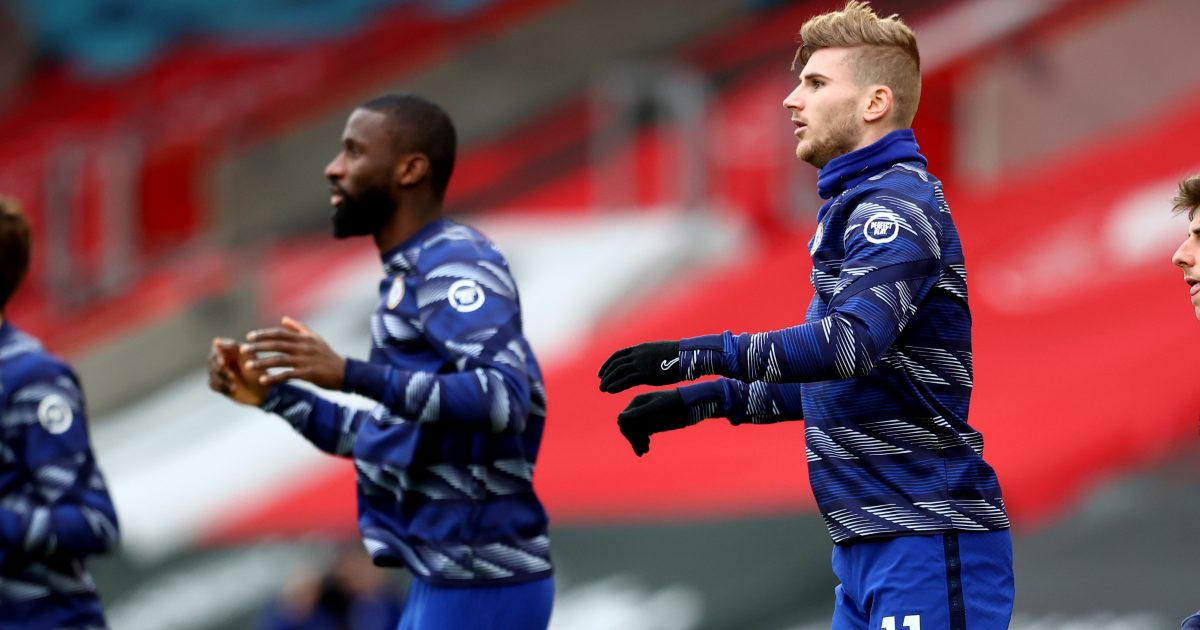 Chelsea attacker Timo Werner has acknowledged that Antonio Rudiger can “choose where he goes” ahead of the summer transfer window.

The defender’s future at Chelsea is uncertain as his deal expires in June. Thiago Silva has signed a contract extension, but Andreas Christensen and Cesar Azpiliceuta are also out of contract this year.

Rudiger joined the Blues in 2017 from Serie A outfit Roma for a fee in the region of £29m.

One free agent with Prem experience that each club must sign

The German international has been linked with the likes of Real Madrid and PSG over the past couple of weeks.

Werner is eager for Rudiger to stay at Chelsea as he is an “incredible” talent:

“I would be happy if [Rudiger and Christensen] stay,” Werner told Sky in Germany (as relayed by The Mirror).

“They can improve every team. There are still a lot of good central defenders [for other teams to buy].”

On Rudiger, Werner added: “He plays incredible. As a free agent, he could choose where he goes!”

“I do rate Wesley Fofana. He’s a young lad with a lot to learn but I think he looks great. He’s super athletic and intelligent on the ball so, for me, I’m a massive fan.

“If he becomes available then I doubt Chelsea will be the only team interested in him.’

On Rudiger, Johnson added: “In the past under other managers he’s been erratic but under Thomas Tuchel he’s really found his feet.

“The side’s looking great, he’s playing great and his manager has a lot of confidence in him. If I was him, I’d be looking to stay at Chelsea if they can strike a deal.

“Everybody always believes that the grass is greener but it very rarely is. I’d just try and sort out a contract.

“It can’t be that difficult. Chelsea must want to keep him and I imagine he wants to stay so they’re the easy deals to do. If I was him I’d be definitely looking to re-sign.”