Home Liverpool Tipping Liverpool for second, Newcastle for the drop… 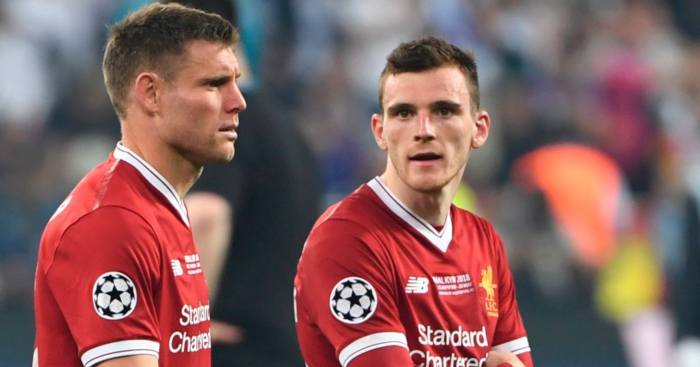 Liverpool and Manchester City contest the Community Shield final this weekend after dominating the footballing landscape both at home and in Europe last season, and the bookies simply cannot see past them again in terms of the 2019/20 title race.

City are piping hot twos-on favourites to win a third Premier League title in a row, and the gambling cognoscenti feel it could be more comfy for them this year in terms of their margin of victory.

For after the highs of winning a sixth European title in May it’s all gone a little flat for Liverpool, who are chalked up at around the 3/1 mark to win their first title since 1990. A pretty iffy pre-season campaign (losing to Borussia Dortmund, ten-man Sevilla and getting spanked by Napoli was offset by a recent 3-1 win over Lyon) and a lack of marquee signings has got plenty of Kopites worried. Without their front three of Sadio Mane, Mo Salah and Bobby Firmino (all rested for the most part after a busy summer on international duty) you could probably defend those defeats. But it’s been their defence which has been shockingly below par over the past few weeks, shipping goals in their last five pre-season matches. There’s time to get it right before they face Norwich on August 9 of course. Indeed it’s worth remembering Manchester City lost two of their three most significant pre-season games last term and ended up winning a domestic treble. However, the Reds don’t seem to have obvious back up for either full-back position and Klopp has so far resisted the temptation to get the chequebook out and sign a few worldies.

Manchester United and Arsenal are not expected to challenge unless they can somehow address their respective issues in key areas before the transfer window slams shut on August 9. Chelsea are going to be hampered by the loss of Eden Hazard and their transfer situation so the layers feel it will again be Tottenham – who have brought in quality signing Tanguy Ndombele – who will again be the most likely side to challenge last season’s top two this time around.

As usual, Arsenal will flatter to deceive, recording some notable wins against ‘big six’ rivals while faltering against the division’s lesser lights away from the Emirates.

Dani Ceballos is a smart acquisition. The young baller has already shone this summer while captaining the Spain Under-21 side to a European Championship triumph, and the Gooners will hope Ceballos can have a similar impact on their own fortunes this upcoming season. They’re also bringing in the brilliant Nicolas Pepe for big money, but defensively they don’t look anywhere near good enough to mount a serious title assault (though should be considered at odds-against to finish in the top four).

United went to pieces last season after giving Ole Gunnar Solskjaer the job on a permanent basis and with Paul Pogba’s future still unresolved and a lack of genuinely decent defenders at time of writing, then current odds of 40/1 about them winning the title look about right. It’s amazing really. If someone would have told you ten years ago – when Sir Alex Ferguson was being feted for bringing an 18th title to Old Trafford – that in 2019 you’d be able to get 40/1 about the Red Devils winning the league you’d have laughed in their face while trying to snap their hand off. But it’s all been downhill since Fergie and they will continue to lose ground while they persist with their Python-esque recruitment policy.

Leicester City have raised a few eyebrows in terms of their transfer activity and could possibly crash the top six (they are as short as 7/2 in places to do just that but 10/1 is still available for those who shop around).

But this looks like Manchester City’s title to lose. Guardiola’s men profited last season from having such a deep squad, and they have not been shy when it comes to spending a few quid this summer either with Rodri brought in for big money. They can only benefit too from having Kevin De Bruyne fit and firing again. At his best, the Belgian can be unplayable and having him back at full fitness is a major plus for the Citizens and will almost feel like a new signing.

Talking of signings, Guardiola’s mob may need to bring in another striker as back-up to Sergio Aguero, who is not getting any younger and has a history of picking up niggling injuries. Gabriel Jesus enjoyed a fine Copa America but can they really rely on the Brazilian to lead the line through what is bound to be such an arduous campaign? But all things considered there is enough quality in that squad to land a third PL title on the bounce and 5/4 about them winning and Liverpool finishing runners-up looks a banker.

So if the layers seem to have got their title odds right, where’s the value in the Premier League this season?

Well straight off the bat Newcastle to be relegated at 9/4 looks big. The Toon are tipped to endure a difficult season under Steve Bruce despite breaking their transfer record again this summer. Despite this the feeling on Tyneside is that Mike Ashley is taking the piss, having sanctioned the sale of several star names and not doing enough to keep hold of the brilliant Rafa Benitez. Going from Uncle Rafa to Bruce is rather like downgrading your motor from a new Audi Q5 to a P Reg Vauxhall Costa.

Bruce, who was once memorably described as looking “like a dinner lady who has enjoyed a decent MMA career” has form for losing Premier League matches and it looks just too big an ask for the Magpies to stay afloat this season with such unrest in the stands and a perceived tactical dinosaur in the dugout.

In terms of who will finish as top goalscorer, Raheem Sterling looks an interesting price at 14/1. The England star has 66 goals from 226 Premier League appearances and is approaching his peak now at 24.

Every time Sterling scores, I just envisage those bitter folk at the Daily Mail and The Sun flipping tables in sheer disgust. But they are going to have to get used to it, as Sterling is the real deal and looks nailed on to get into double figures again this season barring injury. In short, that price looks too big given his obvious quality and new found temperament at the highest level. He’s shrugged off the merciless goading from certain sections of the right-wing media and Raheem will do well to remember the old Kenny Rogers quote that ‘You can’t make old friends. You either have them or you don’t.’ If he hacks up to win the Golden Boot at 14s this season, this old booze bag of a writer will be his soul mate for life.