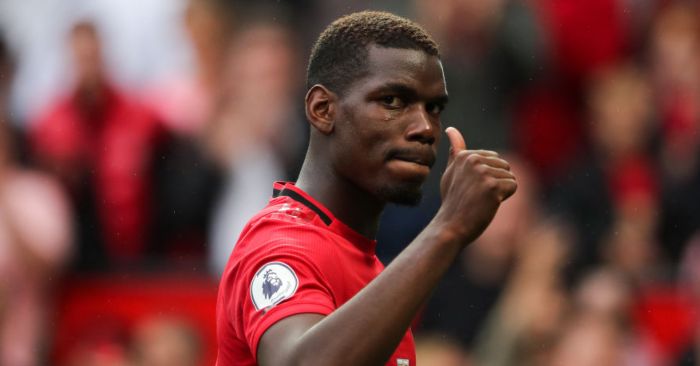 Southampton v Manchester United
Ralph Hasenhuttl’s men are finally off the mark after that away win at Brighton, and will fancy their chances here. Much was made of the fact Manchester United were 40/1 for the title before the season began but a return of just one win from their opening three games seems to have justified the bookies’ pessimism. The Red Devils have managed just two clean sheets in their last 15 matches, with those bizarrely coming against Liverpool and Chelsea. This fixture ended 2-2 last season and goals can’t be ruled out again at St Mary’s. Paul Pogba is a 7/1 shot to score first and he could find space against a Saints defence that has yet to really convince. Come on Paul, please spread some lovely cheese on this broken cracker.
Betting: Pogba to score first at 7/1

Chelsea v Sheffield United
Mason Mount has been a revelation for Chelsea and looks to have the raw tools to become a Stamford Bridge icon. However, the Blades have carved out four points from three matches so far and won’t be in London just to make up the numbers.
Betting: Both teams to score at 21/20

Crystal Palace v Aston Villa
Both teams will be full of confidence here after wins last weekend. Palace’s Selhurst Park form is a worry though, with the Eagles losing nine in front of their own fans last term. Preference here is for Villa to sneak a 1-0, with Wesley again impressing up front.
Betting: Aston Villa to win 1-0 at 10/1

Leicester City v Bournemouth
The Foxes have looked decent so far and they can expose Bournemouth’s shaky defence at the King Power. The Cherries have not kept a clean sheet in the league yet and may struggle to contain Jamie Vardy and James Maddison. And no, I’ve still not grown tired of watching that Maddison through ball for Vardy’s goal against Sheffield United. Raw sex.
Betting: Leicester City to win at 7/10

Manchester City v Brighton
Anyone who got stuck into Raheem Sterling for the Golden Boot at 14/1 will be happy with how the season has started. He’s actually now scored eight goals in his last five games for Manchester City. I’m personally on for absolute scenes if he finishes top scorer and Leeds win the Championship. In terms of this weekend, expect the champions to run away with this.
Betting: Manchester City to win 4-0 at 7/1

Newcastle United v Watford
Newcastle famously chinned Spurs last Sunday despite enjoying around 20% possession but the bounce factor alone from that win could see them over the line against a Watford side who are now the only Premier League team without a win this season. I’m still pretty sceptical about Steve Bruce the manager but two wins inside a week would do wonders for his profile with the Toon Army.
Betting: Newcastle to win at 6/4

West Ham v Norwich City
Teemu Pukki has been rightly lauded for his explosive start to life in the Premier League, but those who have followed the Canaries closely in recent months will vouch for the fact that Emi Buendia is a special talent in his own right. The 22-year-old scored eight goals and assisted a further 18 during a brilliant debut campaign in the Championship and has been a key player for them so far this season. Put simply, 4/1 about him scoring at any point against the Hammers this weekend is worth a fiver of anyone’s money.
Betting: Buendia to score anytime at 4/1

Burnley v Liverpool
Strange but true – Liverpool have yet to keep a clean sheet but are the only Premier League team with a one hundred per cent record. Also strange but true – flamingos bend their legs at the ankle, not the knee. The Reds have won four of their last five meetings with Burnley and if they can keep Ashley Barnes quiet they should claim another three points at Turf Moor.
Betting: Liverpool (-2) to beat Burnley at 5/2

Everton v Wolves
It’s been a mixed bag for Everton so far in terms of performances and with this in mind Wolves look tempting here at better than 2/1. They possess the creativity in midfield and pace up front to cause the Toffeemen all sorts of mither at Goodison.
Betting: Wolves to win at 5/2

Arsenal v Tottenham
Huge game to round off the weekend and while it’s tough to pick a winner you can’t ignore the stats when it comes to this fixture and Harry Kane. He has scored nine goals in his last ten meetings with Tottenham’s bitterest rivals. He was rightly panned by the critics for a lacklustre showing against Newcastle last time out but the England captain knows one more strike will take him level with Emmanuel Adebayor and Bobby Smith’s all-time shared record of 10 north London derby goals across all competitions. He’s available at a smidge over 4/1 to score first and quite frankly, I like those apples.
Betting: Kane to score first at 17/4