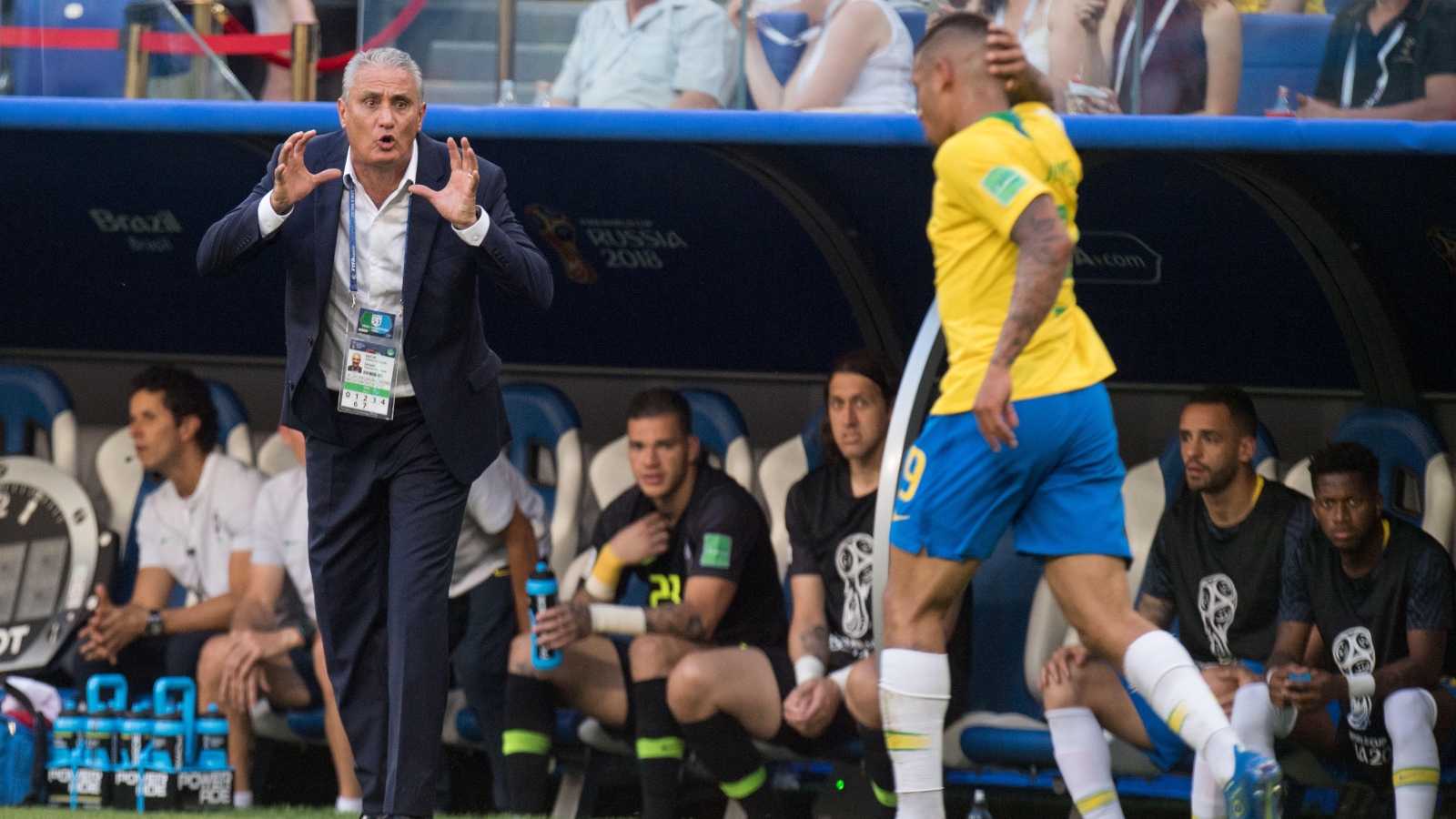 There was a feeling of surprise amongst the Gunners fanbase when their three Gabriels (Jesus, Martinelli and Magalhaes) were not included in the latest Brazil squad.

Rival fans absolutely loved it and used it as an opportunity to take the p*ss out of Arsenal supporters, because of course they did.

Despite being left out, it is still believed that Jesus is a shoo-in to be named in Tite’s squad for this winter’s World Cup in Qatar.

Gabriel Magalhaes is also likely to be included, while Martinelli’s position is less secure despite the excellent year he is having.

Martinelli has to compete with the likes of Antony, Raphinha, Neymar, Vinicius Jr and Rodrygo for a starting berth, which is less than ideal for his chances.

Liverpool forward Roberto Firmino was reintroduced to the squad during the international break, with Tite eager to take a look at him and Antony, while affording Jesus a rest.

Juventus’ Gleison Bremer was also included as the Brazil boss gave him an opportunity to impress with Gabriel absent.

While Jesus’ inclusion is expected, there is some stern competition for the starting spot up front for the Selecao.

His toughest competitor plays for none other than Arsenal’s arch-rivals, Tottenham.

Following his £60million move from Everton in the summer, Richarlison has started well in north London.

He started both friendlies against Ghana and Tunisia, scoring twice against the former before a goal and assist against the latter.

Richarlison’s record for Brazil is terrific, netting 17 goals from 24 starts. Furthermore, he has seven goals in his last six appearances for his country.

Despite Jesus’ form at club level, Tite may struggle to look past Richarlison when deciding who should lead the line at the World Cup.

The two are quite different, and Richarlison may complement the Brazil squad a bit better than Jesus.

The Arsenal man is a bit more intricate in his play and will get involved a lot more, whereas the Spurs forward has more of an eye for goal and will be found in the box a lot more than his compatriot.

Richarlison doesn’t see the need to make things happen with the likes of Lucas Paqueta, Neymar and Vinicius Jr pulling the strings.

Tite was asked about Jesus’ omission from his recent squad, claiming that his squad is “about giving opportunities to others”.

“Gabriel Jesus is in great form and is in the running. Absolutely,” Tite said.

“This squad is about giving opportunities to others.”

He will take on Richarlison and Spurs on Saturday when his side host Antonio Conte’s men.