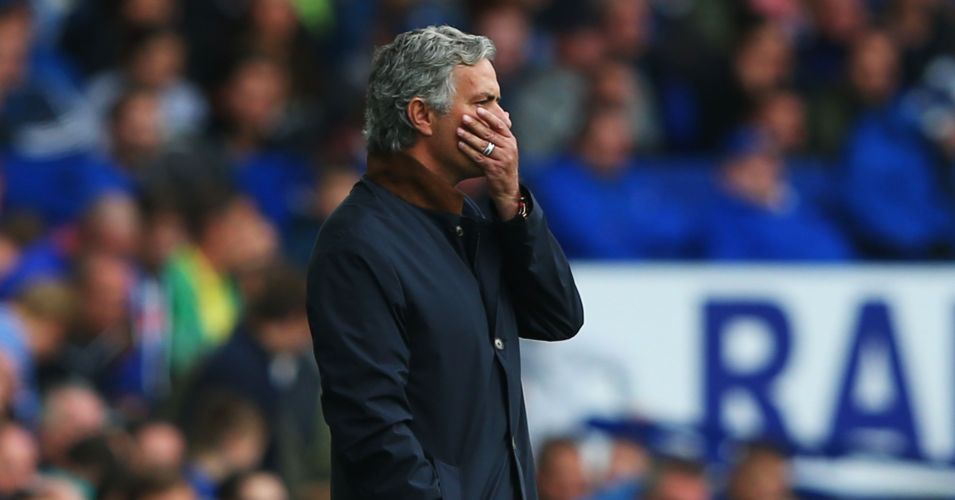 …is the absolute nonsense about Jose Mourinho and a ‘X-rated tunnel rant’ that actually consisted of one swear word. Is that a rant?

The first rule of football journalism is that there always has to be a club in crisis. Last week it was Manchester United and the absurd notion that the players were in ‘mutiny’ just because some disaffected members of staff had told their friends in the press that there was a banter vacuum. He made them go to meetings and everything, the absolute bastard.

This week it’s Chelsea and Jose Mourinho has played right into the media’s hands by swearing in front of a few of them. Once. Not at them. Or even at Roberto Martinez, really. But he swore out loud. Once.

This is what actually happened when Martinez was speaking to members of the press at Goodison:

Mourinho: “Roberto, next time, tell me to go before you because we have to travel.”

Martinez: “We don’t control that.”

And that, apparently, is a ‘furious bust-up’ (Daily Mail) and a ‘foul-mouthed rant’ (Daily Star).

What a massive fuss about absolutely f*** all.

@F365 "Man gets a bit annoyed at a mildly annoying thing!"