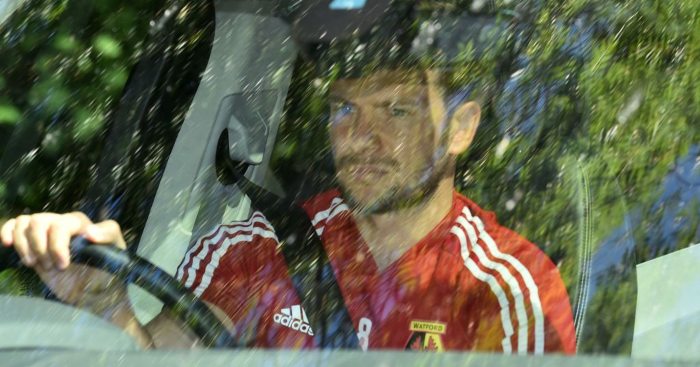 Former West Ham striker Dean Ashton accused Tom Cleverley of telling Watford fans what they “want to hear” in his recent comments about a return to football.

Watford captain Troy Deeney had previously revealed that he was concerned about a return to training, adding there were unanswered issues around BAME players.

While Hornets defender Adrian Mariappa was one of three individuals at Watford that tested positive for Covid-19 during the first round of Premier League testing.

Despite that, Cleverley is keen for the Premier League to get back underway and feels safe at the club’s training ground.

Cleverley said: “We have to back ourselves as a squad. The odds, from where I’m standing, is that the season is going to go ahead. We are going to prepare for that.

“Even if it means playing without some of our best players, we have to back ourselves. We’ve got a great squad here and we’re confident.

“I was one of the more comfortable ones with returning to training. I fully understand that everyone’s circumstances are different and we took the decision as a squad to respect everyone’s individual decisions.

“But I wanted to come in, see how phase one was going to work and, if anything, it has made me feel even more comfortable. It’s well organised, it’s safe.

“There are still questions to be answered about phase two and three but as far as phase one goes it’s been fine.”

However, Ashton has called out Cleverley’s comments as “ridiculous, nonsense”.

Ashton told talkSPORT: “I just see that as the run-of-the-mill, football player coming out with just ridiculous, nonsense to questions they’ve been asked.

“That’s in terms of just coming out with the right things he thinks he should say that makes it sounds like, ‘it’s so important that we get back to being in the right frame of mind’ and ‘we’ve got to stay up’.

“It’s just a ridiculous comment from a player, in my opinion anyway. It should just be about what’s right for everybody.

“If it’s not right for Troy, that’s fair enough. As far as he’s concerned, that’s okay.

“But to me, it just came across, like we’ve seen in so many interviews with players, they just come out with the things they think their own supporters want to hear.”