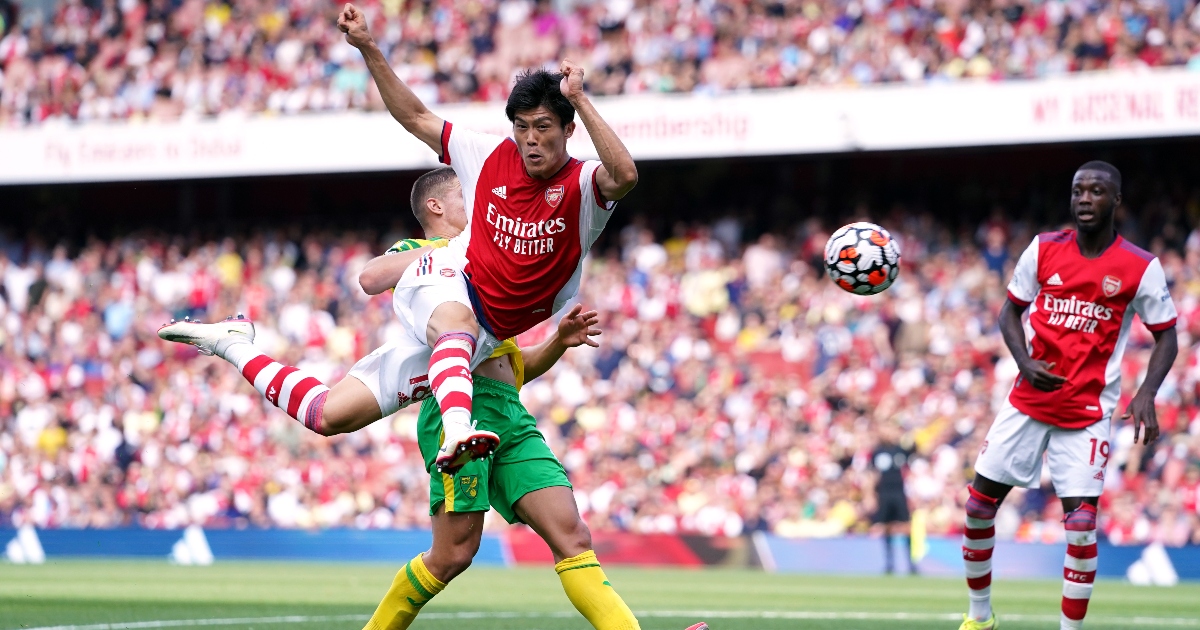 Arsenal defender Takehiro Tomiyasu says it is a dream come true to play for the Gunners in the Premier League.

The Japan international joined from Bologna on deadline day, costing the north Londoners around £16million.

And Mikel Arteta put him into the starting XI at the earliest opportunity as he made his debut against Norwich City on Saturday.

Tomiyasu put in a stellar display in right-back before being substituted in the 62nd minute.

And the 22-year-old is delighted to have moved to the Premier League, especially joining a club of Arsenal’s stature.

“I am buzzing to be here because Arsenal is one of the biggest clubs in the world,” he told the club’s official website.

“And to play in the Premier League was my big dream when I was young, so I am happy to be here.

“I never imagined that I could play as a player of Arsenal, so I am so excited. As I say, Arsenal is one of the biggest clubs in the world.”

Takehiro Tomiyasu on joining Arsenal: “I’m buzzing to be here because Arsenal is one of the biggest clubs in the world & also to play in the Premier League was my big dream when I was young, so I am happy to be here.” #afc pic.twitter.com/T6pUetY7zC

Speaking on his versatility, Tomiyasu added: “I think I can play with both feet, I can play every position as a defender.

“And I am an intelligent player so I can always read the next situation. For me it doesn’t matter [where I play] because the most important thing is to play in the game.

Elsewhere, Brentford striker Ivan Toney has claimed Arsenal will not win anything “any time soon” as at the moment, they are “not the best”.

“Arsenal fans are going to batter me for this, but you see Arsenal at the moment and they’re not the best,” Toney said.