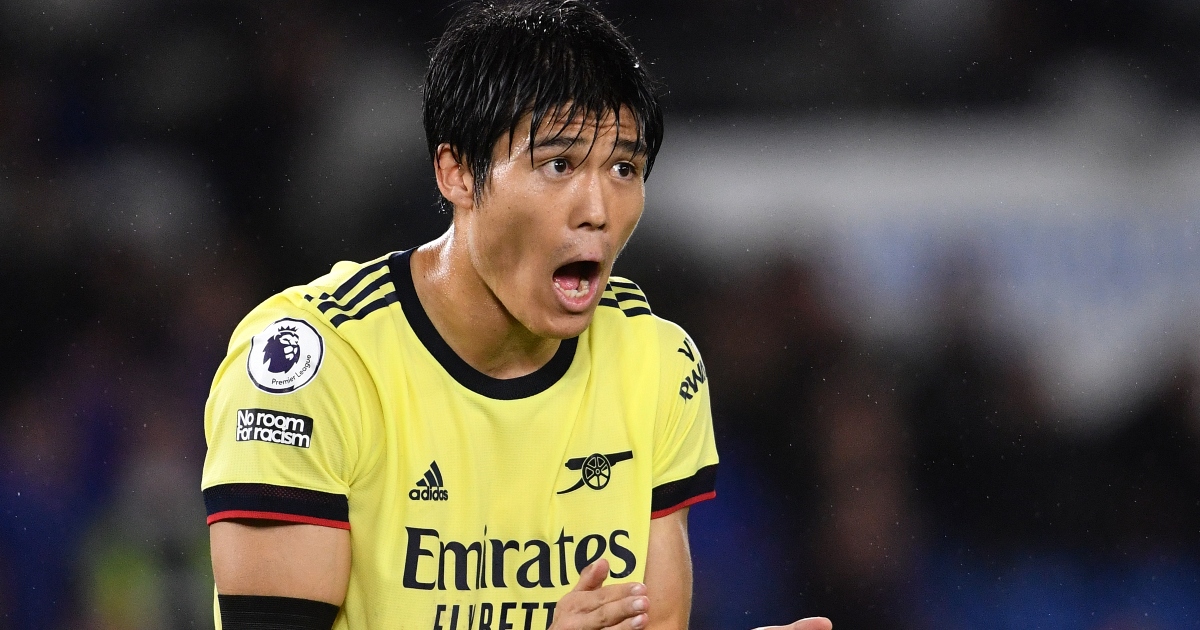 Arsenal defender Takehiro Tomiyasu says the Gunners “don’t have to be negative” following their 0-0 draw against Brighton on Saturday evening.

Mikel Arteta’s men were second best at the Amex Stadium and can count themselves lucky to have avoided defeat on the south coast.

The likes of Pierre-Emerick Aubameyang and Thomas Partey struggled as Arsenal made it four matches unbeaten in the Premier League.

Tomiyasu also had a tough afternoon with Brighton’s Marc Cucurella getting the better of the Japan international.

“It’s always difficult to play after (a game) against Tottenham but I think we had to be more aggressive,” said the 22-year-old defender.

Urging a positive outlook on the result, he added: “It was not enough for us. We have to think positively about one point because we couldn’t play our game – they controlled most of the time.

“But I think the atmosphere (in the changing room) is good because we took 10 points in the four games.

“We don’t have to be negative, we just focus on the next game after the international week.”

Tomiyasu signed for the north London club on deadline day in a £16million deal from Italian side Bologna.

Prior to his arrival, Arsenal had lost all three of their league matches and were bottom of the table. However, the versatile defender is yet to taste defeat in his four matches as a Gunner.

“I don’t know about the first three games because I was not here,” he said.

“I played only four games but every game makes me develop, so I need to keep on going like this. I have to be better.

“I have to show my value also during training, otherwise I can’t play the games. I have to push myself every day.”

Ian Wright believes Martin Odegaard as well as the aforementioned Partey and Aubameyang were “poor” in the goalless draw at Brighton.

“I thought that Aubameyang unfortunately today was poor,” Wright said on Match of the Day. “I thought Partey was poor, Odegaard didn’t play very well.

“Everything was bouncing off Aubameyang. When he got into opportunities he couldn’t quite get it out of his feet. It just wasn’t happening for him. It was an off day, we saw how sharp he was last week.”