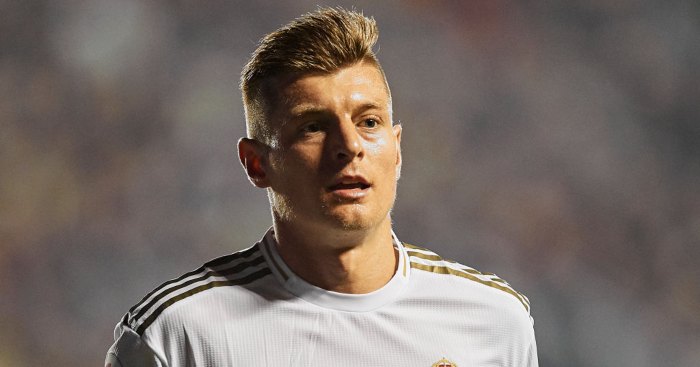 Real Madrid midfielder Toni Kroos admits he could have signed for Manchester United if David Moyes hadn’t been sacked by the Premier League club.

The Germany international has been linked with a potential move to the Premier League for years and has now revealed that he held talks with both Man Utd and Liverpool in the summer of 2014.

Kroos had been putting in a number of exceptional performances for Bayern Munich at the time and Liverpool were the first to make contact.

On his conversation with the Liverpool bosses, Kroos (via the Daily Express) said: It wasn’t a straight chat-up line but they offered to tell me more about the club and so on.

“The funny thing was, Suarez was about to leave to Barcelona anyway.”

Man Utd were also understood to be keen at the time and Kroos explains that he could’ve moved to Old Trafford if it hadn’t been for a change of manager.

“David Moyes had come to see me and the contract had basically been done,” Kroos added.

“But then Moyes was fired and Louis van Gaal came in, which complicated matters.

“Louis wanted time to build his own project. I didn’t hear anything from United for a while and started having doubts.”

Real Madrid won the Champions League the season before and when Carlo Ancelotti came calling Kroos’ mind was made up.

Kroos continued: “Then the World Cup started and Carlo Ancelotti called. And that was it.”