Home All The News Adams: Wenger would never have signed Willian for Arsenal 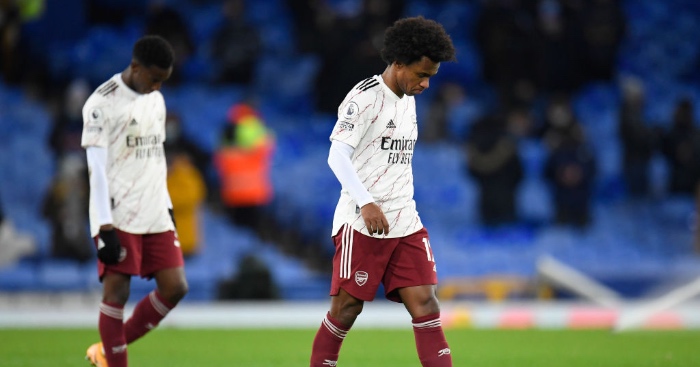 The Brazilian winger joined in the summer from London rivals Chelsea.

At the time it seemed like a shrewd piece of business for the Gunners, but Willian has now come in for criticism.

Willian was our Early Loser yesterday as he performed poorly in Arsenal’s defeat against Everton.

He is yet to score this season after making 16 appearances in all competitions.

Speaking about Willian to Stadium Astro, Adams said: “That’s lazy recruitment for me.

“You’ve got to really question the recruitment process at Arsenal at the moment. We’ve had some wonderful players and wonderful principles under Arsene Wenger, he went for young players.

“You wouldn’t have even considered Willian if Arsene was still in control at the club. For him, a forward over the age of 30, physiologically he doesn’t think he can get that player to consistently to perform to the levels that Arsene would want him to get.

“It wouldn’t even have been on the agenda. This is a straightforward agent recommendation, he’s got the same agent as the sports director [Edu] so it’s an easy option for him. Three-year contract, there we go. I think it’s really poor recruitment.

“As a coach, you’ve been given this player. He’s not playing [Mesut] Ozil, one of the greatest creative players there is. And to have someone like Willian, one shot in 12 games. I’m like, hold on and put Joe Willock out there. You’ve got other options.”

Willian will need to improve his form if he is to keep his Arsenal place. Their next match is against Man City in the Carabao Cup on Tuesday.

After that, they take on Chelsea in a huge Premier League fixture on Saturday.