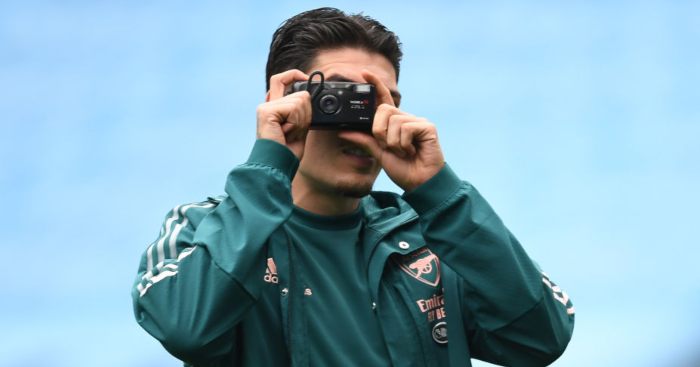 Tony Adams thinks Arsenal have “problems” in defence and are suffering for not playing a back four this season after their 1-0 loss to Manchester City.

Raheem Sterling’s 23rd-minute goal proved the difference between the sides as Ederson made key saves from Bukayo Saka and Pierre-Emerick Aubameyang in the first half.

David Luiz, Gabriel Magalhaes and Kieran Tierney were deployed in a back three with Mikel Arteta favouring a 3-4-3 formation against Pep Guardiola’s men.

And Adams would prefer to see Arsenal revert to a back four with Arteta urged to pick a partner to play alongside Gabriel in the heart of defence.

“I think it’s time for a back four. I’ve been saying it since the start of the season,” Adams told Premier League Productions.

“It wins you cup games, it doesn’t win you league titles. If he wants to build for the future. I think he’s got problems with Hector [Bellerin], I think his defending today wasn’t very good at all.

“But I’d like him to go to a back four. They’ve got Gabriel now, get him a partnership. They’ve been unlucky at the start with Holding going down but get them into a back four.

“They look like they’ve a holding midfielder now who’s got a bit of presence and build for the future.”

And Adams thinks Bellerin and goalkeeper Bernd Leno were at fault for the only goal of the game.

The Arsenal legend added: “Arsenal have pressed them and they’ve played around the press very well. Hector Bellerin again, and the goalkeeper, I always look at it defensively.

“Man City were too good, they passed it around, he [Phil Foden] steps inside Hector too easy. The goalkeeper is pushing it into the danger zone, you’ve got to push it away out of the danger zone, and he’s [Sterling] had a tap-in, which is disappointing.”