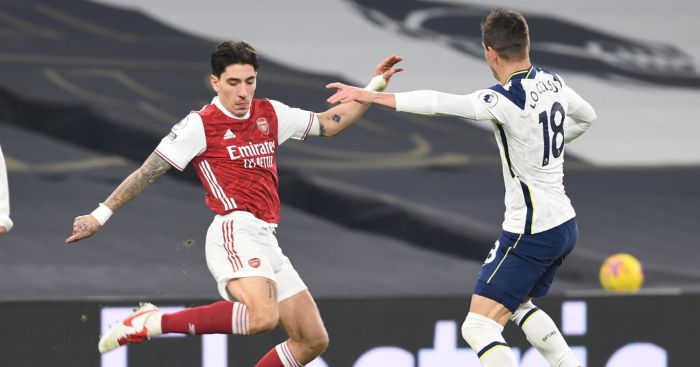 Tony Adams thinks Arsenal defender Hector Bellerin needs to “learn” to do the basics of defending before contributing further up the pitch after their 2-0 loss to Tottenham.

Harry Kane and Son Heung-min both got themselves on the scoresheet in the north London derby as Spurs tore Arsenal apart on the break.

The first-half goals killed the game and allowed Spurs to soak up the pressure after the break as they went past the 300-minute mark since they last conceded in the league.

And Adams was frustrated by the lack of defensive discipline on show, especially from Bellerin.

Adams told Premier League Productions: “You’ve got Cedric in from Southampton, what’s that recruitment going on? You need someone who is better than Hector. Or if you think that Hector is, then work with him.

“Don’t get him on the right wing, say sit there morning and afternoon with the kid and make him a full-back.

“He’s no better or no worse than Lee Dixon when he came to the club, Hector Bellerin.

“We had little Lee Dixon, he was up that right wing playing like a right winger. I went, ‘Oi Dicko, come here. Sit here, learn your job. First and foremost, stop that ball going in that back of the net’.

“Where was Hector when the first goal went in? He was up the pitch! Do your job first. Learn how to be a good defender, keep clean sheets and take it from there.”