The latest poor result against Brighton leaves Arsenal in tenth position in the Premier League table... 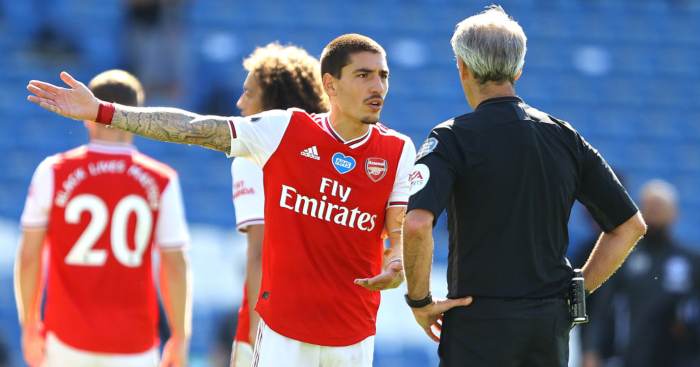 Arsenal defender Hector Bellerin is “not a good right-back” and has no pressure on him from other players in the squad, according to Tony Cascarino.

The latest poor result against the Seagulls leaves Arsenal in tenth position in the Premier League table and throws their European hopes for next season into doubt.

And Cascarino has picked out fans’ favourite Bellerin – who has played 197 times for Arsenal in his career – as a weak link in Mikel Arteta’s side.

“Their right-back position is a problem. Hector Bellerin is not a good right-back for me,” Cascarino told talkSPORT.

“He’s quick, he’s pleasing on the eye. I don’t think he’s a great defender, I never have done. But who’s putting pressure on him? [Ainsley] Maitland-Niles has become a sort of wing-back, but he’s not going to do it.

“I personally think until they get a team ethic in that club and that means everyone contributing – defenders contributing, midfielders and forwards – that club is going to stand still.

“There have got to be some huge decisions made by Arteta over senior members of his squad that he’s going to have to get out the door. Even if it makes them a slightly poorer side, he has to make big calls on certain players.”