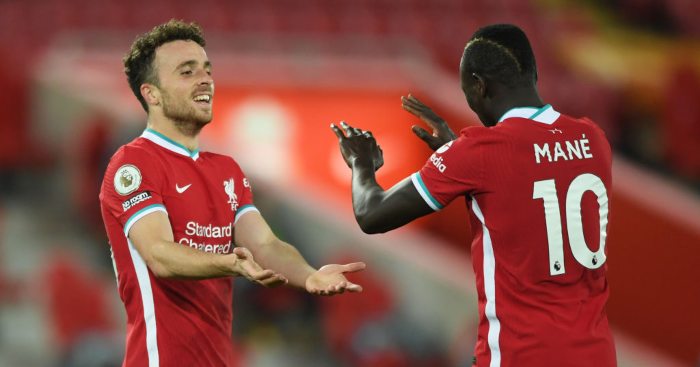 Liverpool capped off a solid but difficult week by following up Champions League victory over Ajax with a 2-1 win from behind against Sheffield United.

Roberto Firmino cancelled out Sander Berge’s penalty opener at Anfield but it was Jota, on his second Premier League start for the club, who proved the difference with a late winner.

Another player who impressed over the weekend was Palace star Zaha, who scored in the Eagles’ 2-1 win over Fulham, has now bagged five goals and provided one assist in their first six Premier League matches.

Cascarino told talkSPORT: “Roy Hodgson had put down his challenge to Wilf. Obviously the transfer window came and went and he didn’t get his desired move because he wanted a move. He openly admitted it.

“When he played certain games you thought ‘Wilf, you aren’t kidding anybody’. If you want to be at your very best you have to run your socks off and create problems because you are good enough.

“He’s one of those players who is good enough to play for a Champions League team. Easily. But he’s got to be in the right frame of mind.

“When he plays like he did yesterday and he causes havoc and he runs at teams and he’s nearly unplayable at times.

“He relies on pace. Wilf has got a great turn of foot and he can get past defenders.

“I was surprised Liverpool didn’t go in for him but then they went for (Diogo) Jota and got him for £40million and a younger player who has already stepped in.

“I thought Wilf could have played for Liverpool in the way they play. I thought he would have been superb in their setup. He gave Trent Alexander-Arnold a real hard game at Palace one afternoon.

“Klopp was on and on at Trent to try and defend. There was a penalty and he caused lots of problems for Liverpool.

“He’s good enough. I just feel he’s been priced out of the market slightly. Teams have looked at him and sometimes he’s on the fringes of a game when he shouldn’t be.