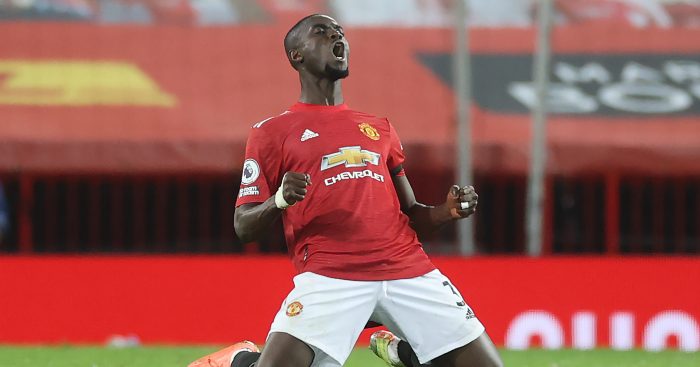 The Red Devils joined reigning champions Liverpool on 33 points after 16 matches by securing a hard-fought win from an entertaining New Year’s Day clash with high-flying Villa.

Bertrand Traore cancelled out Anthony Martial’s opener at an empty Old Trafford, only for Bruno Fernandes to quickly fire home from the penalty spot to keep second-placed Man Utd hot on Liverpool’s heels.

MAILBOX: The Mailbox is still ‘not convinced’ by ‘brain dead’ Man Utd

It was an eighth win in 10 Premier League games for the Red Devils and Cascarino believes they are proper challengers to Liverpool’s crown.

“This season’s going to be a real one off year. Liverpool aren’t’ quite as good and I’ve said this from the start,” Cascarino told talkSPORT.

“The title’s going to go between the two Manchester clubs and Liverpool.

“I don’t see Tottenham and didn’t see Chelsea. There’s still work to be done between those two clubs.”

And Cascarino reckons one of the main differences between this season and last has been the increased fitness of the Man Utd squad.

“There was a lot of players who looked in really good shape physically. They are far better than they were last season and condition is a massive thing in sport and sportspeople.

Meanwhile, goalscorer Fernandes is particularly pleased with how things are going, with the Red Devils “building something important”.

“I think we are building something important,” Fernandes said after the match. “We know that. “The most important for us is building a team. Building a group of players who take care of each other.

“Today it was Eric (Bailly making a stoppage-time block) before it was David (De Gea) saving that ball, in other situations other players, but the main thing is the group has to be together.

“As I sit in the stands in the last two or three minutes, everyone is shouting and hoping to don’t concede a goal and to take care of the ball.

“I think it was tough but we have to learn from here. Also from the Leicester game (on Boxing Day which ended 2-2) we have to do much better.

“We have some situations to close the game. You have to close.”