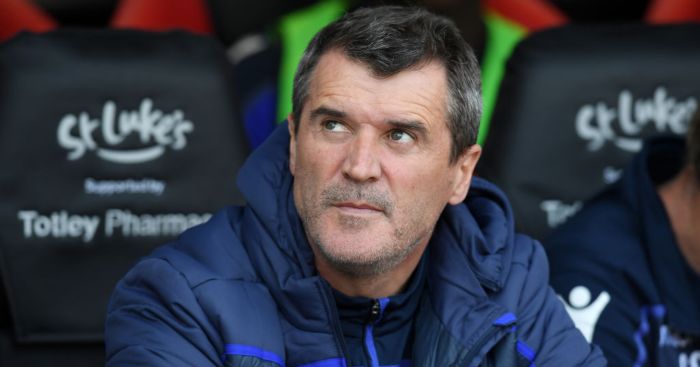 Tony Cascarino says “there’s no a place” in football for outbursts like the one from former Man Utd midfielder Roy Keane on Sky Sports last night.

The Man Utd legend did not mince his words in his assessment of David de Gea’s attempt to keep out Steven Bergwijn’s first-half strike as the Red Devils came from a goal down to draw 1-1.

The Dutchman burst through the United defence and shot straight at De Gea, but it squirmed in and United needed an 81st-minute penalty from Bruno Fernandes to earn a deserved point.

Keane, in his role as a pundit on Sky Sports, said De Gea should not be allowed on the bus after the game and that he would have saved Bergwijn’s effort, even though the Spaniard pulled off a good save from Son Heung-min.

And Cascarino thinks Keane needs to calm down when expressing his views as a television pundit, he told talkSPORT: “I watched Roy Keane nearly implode last night on TV, which was typical box office Roy that some people love and others don’t really agree with.

“Now you know why it wasn’t easy for him to get back into management, because when he talks about going for people and players, throwing punches, you cannot talk like that.

“Patrice Evra is laughing next to him, and Keane hasn’t realised there are a number of people within that game who are mocking him because of his behaviour and how he’s speaking.

“The way he spoke about Harry Maguire… you lose dressing rooms by talking like that.

“If you have a problem with someone and they don’t perform in the way you want them to, like De Gea and Maguire, you leave them out, you just drop them.

“But, like we saw last night, Keane just goes after someone and takes it to a new level.

“And, I’m sorry, but there’s no a place for that in football.

“Other managers will be looking at that and thinking: ‘No, you can’t be doing that anymore Roy, you just can’t.”